Will We See a Unified Heavyweight Champion in 2017?

In age of multiple belts and increasingly tenuous boxing authorities, the notion of a unified champion continues to be something of a novelty. There is no doubt that this continues to undermine the credibility of the sport, particularly in the once glorious heavyweight decision that served a standard bearer for courage, competitiveness and glamour.

To understand this further, you need only cast your mind back to 1987, when a young Mike Tyson destroyed Michael Spinks in under two minutes to become the first linear champion since the title was originally fragmented. Suddenly, the division and its proud heritage was embodied by one, true champion, and a fighter who could have thrived during any era.

Will We Finally See a Unified Heavyweight Champion This Year?

Since Tyson’s retirement, however, the combination of political in-fighting and poorly qualified contenders has made it increasingly difficult to unify the heavyweight title. This was particularly true when the Klitschko brothers dominated the division, as the Ukrainian champions held three of the four titles for years while also refusing to fight each other in the ring.

With a dearth of talent capable to successfully challenging and dominating the brothers during this time, the once prestigious heavyweight division became something of a poorly judged joke.

On April 29th this year, however, the heavyweight division will finally take a giant step towards unifying the four titles that exist under its banner. On this night at Wembley Stadium, 41-year old former champion Wladimir Klitschko will challenge the precocious Anthony Joshua, with the IBF, WBA and IBO title on the line line. Despite a glittering career that has spanned 21 years and yielded 64 wins, however, Klitschko will start as a clear underdog in light of Joshua’s immense potential and the Ukrainians’ comprehensive defeat against Tyson Fury last time out.

From here, the stage will be set for a unification fight between the winner of this bout and the WBC champion Deontay Wilder (following the American’s recent title defence against Gerald Washington. This, of course, would be dependent on negotiations and the relevant camps agreeing a deal, but the chances of a unification fight being agreed are high given the incentive for the fighters involved and the likely demand from fans. 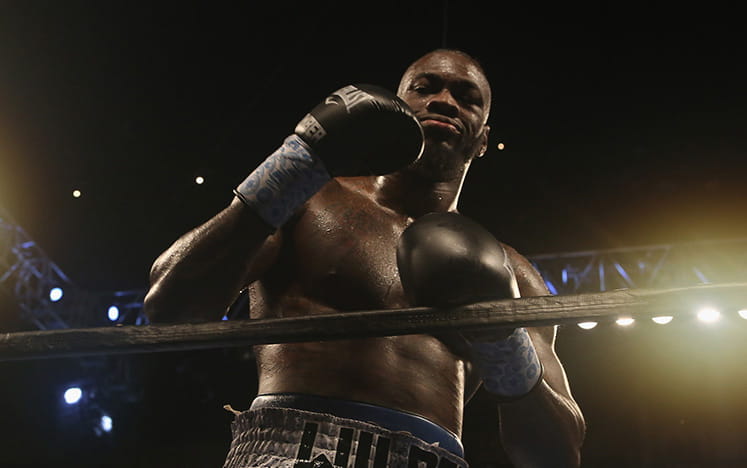 Our Verdict: The Unification of the Titles is Likely, But Who Will Be Champion?

In truth, the unification of the heavyweight division is likely to occur in the autumn, or perhaps in the spring of 2018 at the very latest. While this is in little doubt, however, the question that remains is which of the three fighters is likely to emerge as champion?

We should perhaps discount Klitschko, as despite his stellar career the suspicion remains that he is past his best and the Ukrainian certainly looked devoid of power and inspiration during his defeat against Fury. This would leave the two younger fighters competing for unification, with Joshua’s record of 18 wins from 18 fights (all knockouts) bearing comparison with Wilder’s statistics of 38 wins from 38 fights (with a total of 37 knockouts).

This would be a difficult fight to call, although Joshua’s additional power and superior boxing skills may make him the slight favourite should the two come face to face.

By our reckoning, Joshua is the heir apparent to Lennox Lewis’ crown as the last unified champion of the heavyweight division. The world of boxing is unpredictable at the best of times, however, so this is certainly a space to watch over the course of the next 12 months.