During England’s 4-0 thrashing at the hands of India during the recent Test Series, it is easy to make excuses for the Three Lions under-par performance. From the hostile conditions to fatigue and the quality of the opposition, it is easy to justify England’s defeat as a harsh, but informative, learning experience.

While there may be some element of truth to this, there are some aspects of the defeat that should be inexcusable. Take England’s regular and dispiriting batting collapses, which were often as predictable as they were unfathomable as they played out on excellent wickets.

Then came the failure to win a single test despite winning four tosses, which was thought to be a crucial factor in determining the overall battle.

The Harsh Truth: Why England May Need a Test Revamp

While there are also issues with the quality and consistency of England’s spin bowling, who struggled even in helpful conditions that offered turn and bounce, it was the batting line up and the structure of the team that caused the most significant issues for Alistair Cook’s men. Packed with talented one-day performers and bit-part players who failed to either bat or bowl with any genuine authority during the series, the squad lacked star quality and struggled to score runs consistently.

Aside from Joe Root and youngster Haseeb Hameed (who both batted with talent and distinction), England’s batsmen largely failed to make the grade. While Keaton Jennings is immune from criticism after only starting two tests and scoring a century on his debut, captain Cook looked distracted throughout the series and proved unable to lead from the front. With Ben Duckett’s technique ruthlessly exposed and Moeen Ali also out of his depth batting at number four, England’s middle order was far too vulnerable to high quality spin bowling and often atrocious shot selection.

In fact, Moeen embodies the issue that exists with the current England team. While naturally gifted with both bat and ball, he continues to average barely 35 as a batsman and more than 42 as a bowler. So despite his array of attacking shots and penchant for taking wickets with poor balls, he seems to lack the basic technique to truly excel in either discipline at the highest level. Despite these failing, England continue to play him high up the order due to his perceived ability as an all-rounder. 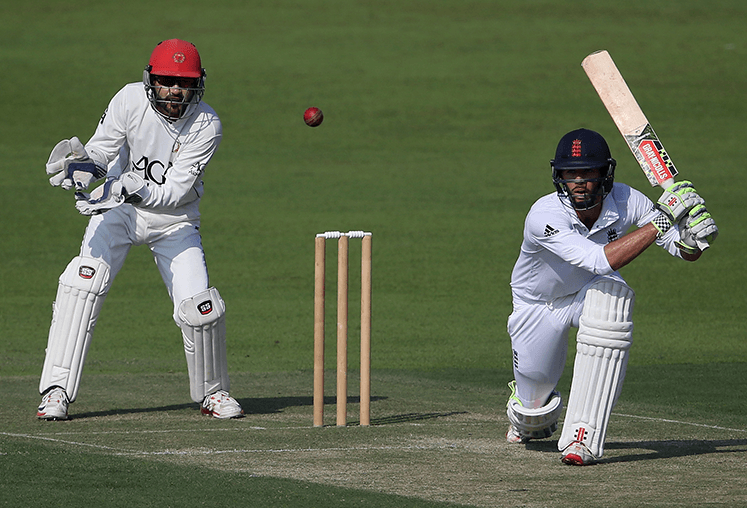 Throughout the India tour, England’s side bore the look of a one-day team. With up to three all-rounders playing at any given time and two recognised wicket-keeper batsmen operating at five and seven, there seemed to be little direction and an underlying lack of trust in individual to do their jobs. The attacking mentality of England was also woefully out of place on the Indian wickets, where patience and timing are crucial if teams are to accumulate runs.

With this in mind, the time may have come to pick are more structured test team that is built around England’s one true all-rounder, the combative Ben Stokes. With five specialist batsmen before him, Johnny Bairstow assuming the role of wicket-keeper batsmen at seven and four front-line bowlers, the Three Lions may finally have a side that can compete for five days of arduous test match cricket. Where this leaves Alli and players like Jos Buttler has yet to be seen, but they are living proof that one-day players do not always thrive in the test match arena.

Without these improvements, it is hard to see them winning their summer series against a resurgent South Africa side or the upcoming winter Ashes against Australia at the end of the year. The Aussies remain the early favourites for this series, and England must act quickly while also finalising the future of current players.