Who is the Favourite for the U.S. Open?

On August 28th, the world’s best tennis players will once again convene at a Grand Slam, this time at Flushing Meadows in New York with the U.S. Open up for grabs.

The legendary Roger Federer and Rafa Nadal will take centre stage in the Big Apple, with the former looking to win his third Grand Slam of the year (and 20th overall) and the latter keen to reach his third final of 2017 and add to the record-breaking 10th French Open title he won at Roland Garros in May.

With world number two Andy Murray also in contention, however, this years’ title should be as keenly contested as ever. But who exactly will prevail in New York?

If Federer’s Form Continues, He Will Be a Clear Favourite

According to bookmakers, this years’ Australian and Wimbledon champion, Roger Federer, will start as the clear favourite at Flushing Meadows. PriceD at 33/19 overall, he has been in imperious form this season, benefiting from a prolonged break during the clay court season before dominating at SW19 and claiming his eighth Wimbledon title without dropping a single set. Playing aggressively and hitting the ball cleaner than ever, it will be extremely difficult for anyone to stop the Swiss if he continues this form in New York.

Then we have Rafa Nadal (priced at 11/4), who last week ascended back to world number one thanks to his own impressive performances and the enforced injury absence of Andy Murray. He performed superbly as the beaten finalist in Melbourne’s Australia Open, while he also claimed ‘La Decima’ in dominant fashion in May. While his mood will have been darkened somewhat by his defeat to an inspired Giles Muller after a thrilling, five-set quarter final at Wimbledon, the former two-time U.S. Open winner is currently best placed to challenge his old rival. 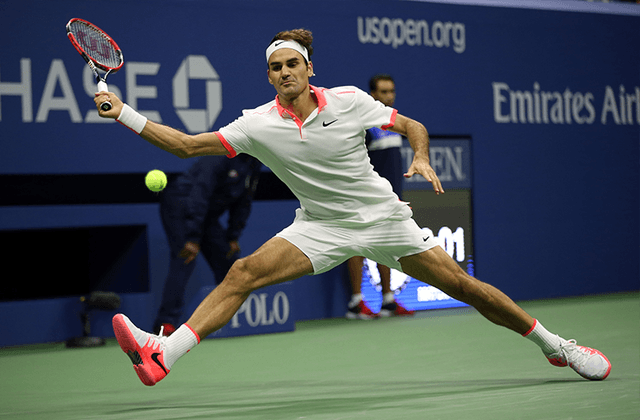 These two are certainly out in front, even allowing for the projected return of Andy Murray in time for the U.S. Open. The Scot has endured a disappointing 12 months since securing his third Grand slam and second Olympic gold last summer, progressing beyond the quarter-final stage only once in four major outings during this time. At 10/1 he is not expected to challenge this time, even with Ken Nishikori’s wrist injury meaning that he will join former world number one Novak Djokovic and Stan Wawrinka on the sidelines at Flushing Meadows.

Will Anyone Else Compete?

This wealth of absentees means that 2014 winner, Marin Cilic, may be considered as a genuine threat, even if odds of 25/1 do not necessarily reflect this. After all, he has form at Flushing Meadows, while he was also impressive in reaching his second Grand Slam final at Wimbledon earlier this year. Talented youngster Alexander Zverev has also entered the reckoning at 10/1 as he won his fifth title of 2017 while becoming only the third man this year to beat Roger Federer as he claimed the Rogers Cup in Montreal last week.

The hard courts of the U.S. Open make this event difficult to call, as does the absence of several key names due to injury. Given Federer’s history here and the way in which he is currently striking the ball, it is hard to look past the magnificent Swiss claiming a 20th Grand Slam and an incredible third of 2017.