The big betting race at Ascot on Saturday is the £150,000 Wessex Youth Trust Handicap Hurdle over two miles at 3.35.

The race was formerly known as “The Ladbroke” and was first run in 2001. Nicky Henderson has trained the winner three times, most recently with Sentry Duty in 2008. Gordon Elliott has been successful twice in the past five seasons with Cause Of Causes (2012) and Bayan (2014). Last year’s race produced a dead-heat between Sternrubin and Jolly’s Cracked It and both horses are entered again on Saturday.

There is a typically competitive field for this year’s renewal with Jolly’s Cracked It well backed to repeat his victory despite not having raced since. The seven-year-old met with an injury following that success and he is set to race off a 6lbs higher mark. It could be a big day for trainer Harry Fry who also saddles Long Walk Hurdle favourite Unowhatimeanharry.

Sternrubin is 10lbs higher in the ratings than twelve months’ ago having also won the valuable William Hill Hurdle here in October. He repeated his front-running tactics that brought victory in the Ladbroke, this time battling on bravely to hold off Instant Karma by half a length. He was raised 3lbs for that win and finished fifth of sixteen at Cheltenham next time. That course does not suit him as well as Ascot and it would be no surprise to see another bold run this weekend.

Meet The Legend has proved popular in the ante-post market, a five-year-old by Midnight Legend trained by Dan Skelton. He beat Emerging Talent by three and a half lengths at Newbury in heavy ground in February before finishing third to Le Prezien at Kelso.

Golden Spear won the November Handicap at Leopardstown in October for Tony Martin. That followed a good run when finishing fifth of thirty-three in the Cesarewitch Handicap at Newmarket. He has only raced six times over hurdles, winning a handicap at Listowel in September off an official mark of 112. He is set to race off a 13lbs higher mark here but sneaks in on bottom weight of 10 stone.

Stable companion Quick Jack has been a grand servant under both codes. The seven-year-old has won over £400,000 in prize money and won the Galway Hurdle in July last year. He won on the flat at Leopardstown in September before finishing sixth in a Group 1 race in France. This will be his first run over hurdles since finishing eighth in his attempt to win the Galway Hurdle for the second successive season.

Martin also has a third runner in Pyromaniac, a six-year-old gelding by Invincible Spirit. He was only a quarter of a length behind Quick Jack at Leopardstown before finishing seventh in the Irish Cesarewitch when sent off joint-favourite. 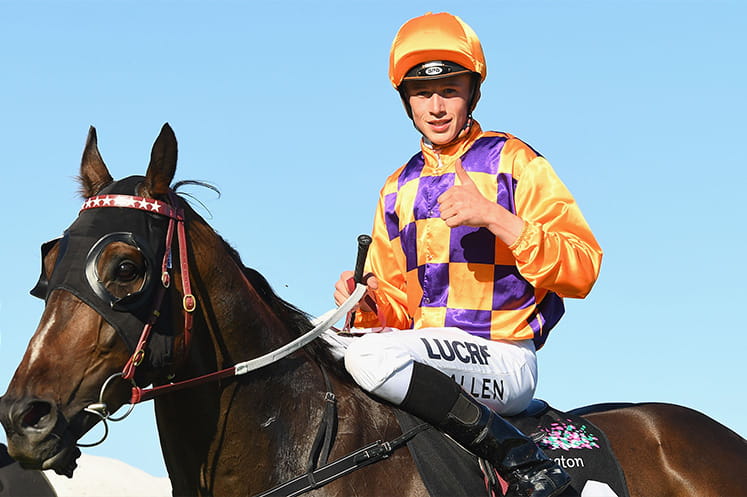 Geraghty aboard Modus for Paul Nicholls

Paul Nicholls has two entries with Modus and Diego Du Charmil, ridden by Barry Geraghty and Sam Twiston-Davies respectively. The former has run two solid races this season at Ascot and Cheltenham. He was third to Sternrubin in October but reversed form with that rival in the Greatwood Hurdle at Cheltenham. He was just outstayed by North Hill Harvey and beaten half a length with Sternrubin well beaten in fifth.

Nicky Henderson has three horses entered with Hargam, Brain Power and Consul De Thaix. Jeremiah McGrath will ride Consul De Thaix who was beaten three-quarters of a length by Brain Power at Sandown earlier this month. Consul De Thaix completely missed the first hurdle that day and finished strongly. Brain Power travelled strongly throughout but has gone up 7lbs for that victory and may struggle to confirm the form with his stable companion.

Alan King saddles Who Dares Wins, a four-year-old gelding by Jeremy out of a mare by Polish Precedent. He has gone up 9lbs after beating Theligny by nine lengths at Newbury last month. He was a close fourth in the Silver Trophy at Chepstow in October and will be ridden by Wayne Hutchinson. Joshua Moore rides Wolf Of Windlesham, runner-up to Beltor at Kempton earlier this month on the flat. That was a confidence booster after taking a heavy fall at Cheltenham in the Greatwood Hurdle.

The Wessex Youth Trust Handicap Hurdle is due off at 3.35 at Ascot on Saturday 17th December and will be televised live on Channel 4.