The big betting race on Tuesday 27th December is the Coral Welsh Grand National over three and three-quarter miles at Chepstow.

The race is invariably run in very testing conditions where the emphasis is on stamina. The Welsh National has been a useful pointer to the Aintree Grand National in the past. Earth Summit (1997), Bindaree (2003) and Silver Birch (2004) all went on to win at Liverpool. The race has also produced Cheltenham Gold Cup winners Cool Ground (1990), Master Oats (1994) and Synchronised (2010). Mountainous has won the race twice in the past three seasons, first for Richard Lee and then for his daughter Kerry.

The ante-post favourite for the race is the Colin Tizzard-trained Native River, the winner of the Hennessy Gold Cup at Newbury last month.

Tizzard had originally intended missing this race but the fact that he carries only a 4lbs penalty at Chepstow seems to have led to a change of plan. Native River relishes a test of stamina and dug deep to hold off the persistent challenge of Carole’s Destrier by half a length. He was runner-up to Minella Rocco in the four-mile National Hunt Chase at the Cheltenham Festival in March and has winning form on soft ground.

He still has to carry 11st 12lbs which was last carried to success by Carvill’s Hill in 1991. Connections believe that he is Gold Cup class and hope he can join stable companions Cue Card and Thistlecrack at Cheltenham in March.

Carole’s Destrier is on course to renew rivalry with Native River for Neil Mulholland. The eight=year-old made a mistake at the second last but ran on bravely on the run-in. That was his first run since April so he could improve at Chepstow. He has won over three miles in soft ground and showed his stamina when beating Summery Justice in the London National last December.

Firebird Flyer was second to Mountainous in heavy ground here last season, beaten two and three-quarter lengths. He is 2lbs better off with the winner and warmed up for this race with a good second to Three Faces West at Haydock. He was a fortunate winner of the Midlands Grand National in March when clear leader Golden Chieftain fell at the last fence. He will have been prepared for this race by Evan Williams and could reward each-way support at around 16-1.

Mountainous is a top-priced 25-1 to win the race for a third time. The eleven-year-old has been pulled up in his two races since, most recently behind Rocky Creek at Sandown. Kerry Lee will have done her best to get him right for this race but he is the only horse over nine years of age to win the race since 1993.

Stable companion Bishops Road won the Grand National Trial in desperate ground at Haydock in February. He got no further than the first fence at Aintree next time and fell at Sandown in April. He ran well when fourth at Newcastle in November but is now 10lbs higher than at Haydock. 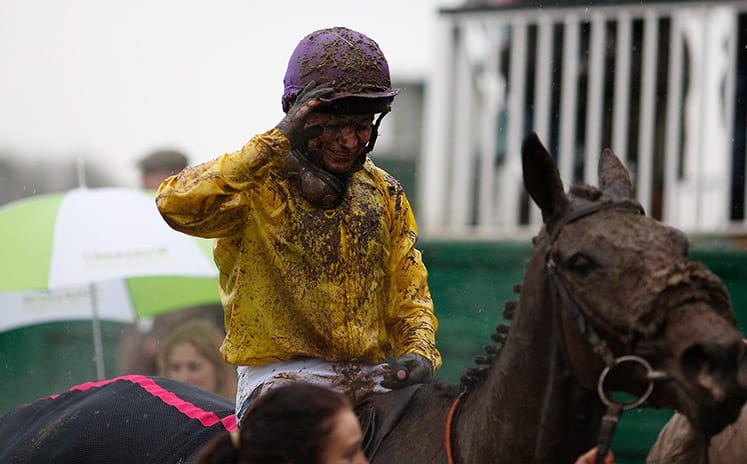 Onenightinvienna has always looked a likely sort for this race. Philip Hobbs trains the gelding who races in the colours made famous by Aintree Grand National winner West Tip. He unseated his rider at Bechers Brook second time around in April but bounced back with a win at Carlisle.

Fergal O’Brien’s Viva Steve looks a dangerous light-weight after making all to beat Ballyben at Ayr in soft ground. He was a good second to The Last Samuri at Kempton on the corresponding day last year and filled the same spot at Newbury in April.

Local trainer Rebecca Curtis would love to win the Welsh Grand National and may saddle O’Faolains Boy, the winner of the RSA Chase at Cheltenham in 2014. He has been plagued by injury problems since and has not raced since being well beaten in last season’s Cheltenham Gold Cup. Warrantor is another possible contender after finishing second to Viconte Du Noyer in November. Shotgun Paddy was third in this race last season but broke a blood vessel when finishing seventh in the same race.

The Welsh Grand National is due off at 2.40 on Tuesday 27th December at Chepstow and will be screened live on Channel 4.