The big betting race on Thursday is the Coral Welsh National over three and three-quarter miles at Chepstow. This marathon contest is invariably run in very soft ground and the emphasis is firmly on stamina.

Trainer David Pipe is yet to win the race which was dominated by his father in the late eighties and early nineties. He has one of the favourites this year in Ramses De Teillee, a six-year-old French-bred gelding. The grey won the trial here in heavy ground earlier in the month, staying on dourly to beat Prime Venture by two and a half lengths. He picks up a 4lbs penalty for that success, only his second run since a wind operation in July.

Elegant Escape ran an excellent trial for this race when chasing home Sizing Tennessee in the Ladbrokes Trophy at Newbury. He was under pressure a long way out but plugged on in the closing stages. That was his first run at three and a quarter miles and he looks sure to relish the extra half a mile at Chepstow. He beat Ramses De Teillee by 13 lengths at Exeter in February and is 7lbs worse off with that rival.

Folsom Blue finished a close fourth in the Irish Grand National in April. He was beaten less than two lengths and was hampered on the run-in. He ran over hurdles at Haydock in November when fourth behind Paisley Park. Gordon Elliott will have the eleven-year-old in top form for this valuable prize. Vintage Clouds was fourth to Raz De Maree in this race 12 months ago. He was rated 140 on that occasion and will race off a 6lbs higher mark on Thursday. He continued to run well throughout last season, finishing third at the Cheltenham Festival and third in the Scottish Grand National. Vintage Clouds returned to the track in November and beat Takingrisks by half a length at Haydock.

Looksnowtlikebrian up 9lbs at Chepstow

Ballyoptic has top weight for Nigel Twiston-Davies. He was a high class hurdler and was only beaten a nose in the Scottish National by Joe Farrell. The gelding was raised 6lbs for his seasonal debut at Aintree but fell at the eleventh. Dingo Dollar ran well for a long way at Newbury last time, eventually finishing third to Sizing Tennessee. He was having his second start of the season so needs to find further improvement to win this.

Looksnowtlikebrian is chasing a hat-trick after winning twice at Carlisle. Tim Vaughan’s son of Brian Boru comfortably beat Bako De La Saulaie by ten lengths last time under Richard Johnson. The handicapper has raised him 9lbs for that victory. Back To The Thatch finished six lengths behind

Ramses De Teillee here last time out and may have finished closer but for a mistake at the final fence.

Ibis Du Rheu beat Theatre Territory at Cheltenham in November but was beaten a long way by The Worlds End next time. Baie Des Iles is a seven-year-old grey mare trained by Ross O’Sullivan. She finished fifth behind Native River in this race in 2016 and completed the course under Katy Walsh in last season’s Grand National. Paul Townend was aboard when she won a valuable Grade 2 chase in France but she was tailed off on her only subsequent start 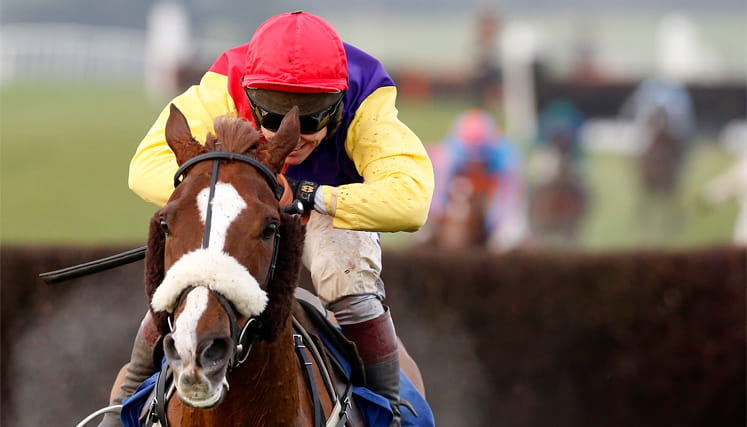 The Welsh Grand National is due off at 2.50 at Chepstow on Thursday 27th December and will be televised live on ITV4