The feature race at Newbury on Saturday is the £250,000 Weatherbys Super Sprint for two-year-olds.

The race was devised in order to provide the prospect of a relatively cheap horse winning big prize money for its owners. The weight of each horse is based on their sales price and not on their official ratings. Consequently, some highly rated juveniles have been able to take advantage of a lenient weight. Notable previous winners include Paris House (1991), Lyric Fantasy (1992), Risky (1993), Superstar Leo (2000), Tiggy Wiggy (2014) and Mrs Danvers (2016).

Richard Hannon Snr farmed this event with a record seven winners between 1992 and 2009. Tiggy Wiggy upheld the family tradition for his son and the yard are usually well represented. Richard Fahey has won two of the last four renewals with Peniaphobia (2013) and Lathom (2015).

Maggies Angel would have a lot more to do if racing off her official rating on Saturday. She is a daughter of Dark Angel and won on her debut at Ripon in April. She then finished fourth in a hotly-contested Listed race at York and second in the Hilary Needler Trophy at Beverley. Maggies Angel was second to stable companion Dance Diva in a Listed race at Newmarket last time after a slow start.

Archie Watson’s Corinthia Knight looked an exciting prospect after winning by seven lengths at Kempton in April. That followed a victory at Lingfield on his debut but he was beaten on his first race on turf at Ascot in May. He proved no match for Frozen Angel on the good to firm ground and was beaten over three lengths. Despite that setback, Watson took him to Royal Ascot where he finished in midfield behind Sound And Silence in the Windsor Castle Stakes.

Clive Cox won last weekend’s big sprint with Harry Angel and has an interesting contender here in Snazzy Jazzy. He is a colt by Red Jazz out of a Byron mare and made a winning debut at Goodwood last month. His victory over Alrahaal is difficult to assess although the third and fourth have been beaten since.

Time Trail is chasing a hat-trick after victories at Beverley and Catterick for Michael Dods. She held on grimly by a head on each occasion but this is a big step up in class. Bengali Boys provides Fahey with a useful second string, a winner at Beverley on his debut. The grey was beaten by Mutanaaseq at Doncaster next time and by Chatburn at Redcar.

Falabelle was disqualified from second and placed third on her debut at Carlisle for Kevin Ryan. The winner has since gone close off a mark of 86. William Haggas won this race with Jargelle in 2008 and relies on One For June. She was fourth over six furlongs here last month before winning comfortably over five furlongs at Lingfield. 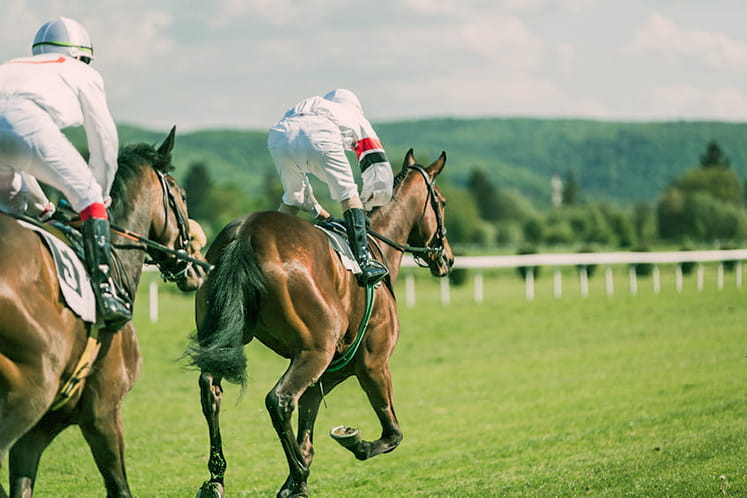 Dangers lurking in the light weights

Debutante’s Ball won on her debut at Chepstow in May before finishing down the field in the Group 2 Queen Mary Stakes at Royal Ascot. She then ran in a Group 3 at Deauville and was not disgraced in fifth place behind Zonza. She could prove dangerous with only 8st 1lbs on her back.

The same applies to Joseph Tuite’s Mother Of Dragons, a filly by Society Rock out of the smart Queen Of The Desert. She was runner-up in her first two starts at Windsor and Goodwood before tackling the Queen Mary. She was never a threat that day but Jimmy Quinn has been booked to ride her off bottom weight.

Richard Hannon saddles three runners with Zalshah joined by Glaceon and Lexington Grace. They will be ridden by Ryan Moore, Sean Levey and Hollie Doyle respectively but all three look fully exposed.

The Weatherbys Super Sprint is due off at 3.35 on Saturday 22nd July and will be screened live on ITV3.