Six Nations action is back on this weekend and a potential classic between Wales and England is Saturday’s highlight. Both teams are unbeaten so far and the winner of this clash could well determine the tournament winner.

The unwanted break in Six Nations action is finally over and the mouth-watering clash between Wales and England is just days away. England are the bookies favourite and if Eddie Jones’ team can replicate the devastating performances shown in their two previous games, England have a chance of silencing what will be a hostile Welsh crowd.

It would be unwise to underestimate Wales though. They displayed grit and determination to steal victory against the French but were uninspiring in the routine win against Italy. When you scratch under the headline it is easy to see that Wales, perhaps with the World Cup in mind, rested key players and had an experimental feel to the side. Expect that to change on Saturday when it is likely to be ‘normal service resumed’.

It is easy to forget that Wales are on an incredible run of form themselves. Featuring some of rugby’s most experienced players, this team has won 11 successive games and England head coach Jones has called this weekend’s opponents the ‘greatest Welsh team ever’.

England’s preparations for the crucial clash have been hit by injuries to key players. Sale Sharks winger, Chris Ashton has suffered a thigh strain and joins Mako Vunipola, Maro Itoje and Dylan Hartley on the list of unavailable players. However, while Ashton will be missed, his injury opens the door for Bath winger Joe Cokanasiga to fill the void. The 21-year old has impressed for England since his debut last year but a 10-week layoff due to injury has limited his chances.

The Welsh are not without injury problems, with number eight Taulupe Faletau missing the rest of the Six Nations due to an arm injury. The 28-year-old had suffered a fractured forearm in October last year but a recent inspection of the injury has revealed surgery is required. Despite the original timeframe for recovery being eight weeks, this surgery is likely to see the Bath player side-lined for many months. Fortunately for Faletau, he is expected to be fit again in time for the World Cup in Japan. Better news for Wales is the likely return of Leigh Halfpenny. He wasn’t ready for selection due to concussion symptoms from a head injury but is available for selection by Wales’ coach Warren Gatland. 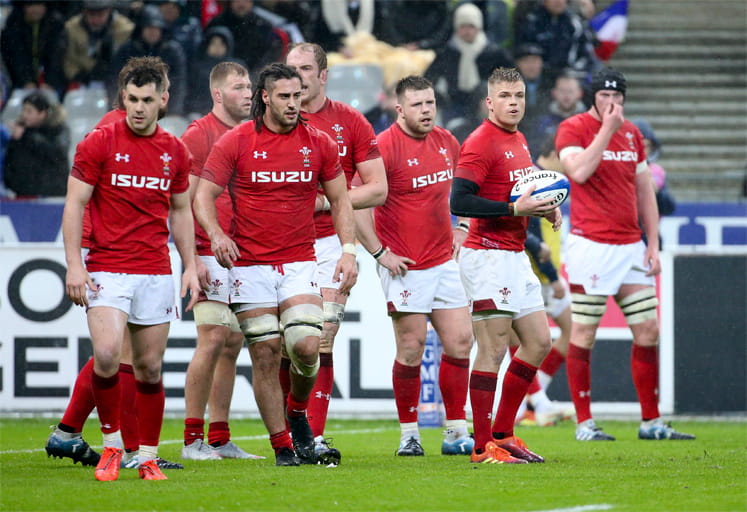 A surprise backstory in the build-up for the Six Nations clash is newspaper reports that plans are in place to replace England coach Eddie Jones with Wales head coach Warren Gatland, if England decide to replace Jones after the World Cup.

Although sounding highly unlikely at first, the credibility of the reports are enhanced with the news that Jones’s current contract has a break clause. The claims suggest a sub-par England performance can lead to a mutual termination. They state that Gatland’s record on the international stage and extensive knowledge of the English game makes him an ideal candidate to replace Jones.

The Rugby Football Union have denied the claims and such a move would seem to contradict messages coming from the governing body in the past. Well aware of the disruption caused by overhauls after World Cups in 2007, 2011 and 2015 the RFU said they wanted a smoother transition, with a successor to Jones in place by 2020. However, they crucially stated their desire for the new person to work alongside Jones for a period of time to aid this transition. Although it would be interesting, a Jones/Gatland dream team seems highly unlikely.