The big betting race at Ascot on Saturday is the £105,000 Victoria Cup, a handicap over seven furlongs. It is one of the most valuable handicap races of the season over this distance and has been won by some high class horses. Notable past winners include Yeast (1996), Mine (2004) and Iffraaj (2005). Last year the race was won by Ripp Orf, trained by David Elsworth and ridden by Hayley Turner.

Ripp Orf ran in four very competitive races over course and distance last season. His record of two victories, a second and a third speaks for itself. He was rated 83 when produced with a brilliantly timed run by Turner to beat Zhui Feng in this race 12 months’ ago.

The son of Rip Van Winkle was third to Burnt Sugar off 92 before winning off 93 in September. His last run at Ascot was in October when beaten two lengths by Raising Sand off 97. He has been dropped a couple of pounds after a poor run in the Newbury Spring Cup. He had previously finished a creditable fifth in the Lincoln at Doncaster over a mile and now reverts to his best trip.

Kynren is certain to be among the market leaders, a tough and consistent performer trained by David Barron. He finished runner-up in the Lincoln behind Auxerre. His only poor effort last season was when well beaten in the Royal Hunt Cup here in June. He has won over seven furlongs but stays up to a mile and a quarter.

Blue Mist is one of the least exposed runner in the race, a four-year-old son of Makfi trained by Roger Charlton. He has not raced since finishing fourth at Kempton in October. That was his first run in a handicap and only the fourth start of his career so there is plenty of room for improvement.

Mark Johnston’s Lake Volta is a useful performer on his day and won well at Yarmouth last month. He likes to race up with the pace and he bolted up at the Epsom Derby meeting in a listed race last June. His Yarmouth victory will have restored some confidence and he has dropped to a decent handicap mark.

Kimifive won decisively at Goodwood last weekend and makes a quick reappearance off a 5lbs higher mark. The flashy chestnut cut down Love Dreams to spring a 20-1 surprise under Shane Kelly. Charlie Appleby does not run that many horses in handicaps and is represented by Glorious Journey, a son of Dubawi. This will be his first run since being gelded in January and he was a Group 3 winner in France last season.

Sanaadh finished an eye-catching fourth at Newcastle in February and landed a gamble at Kempton next time. If Michael Wigham’s gelding proves as effective on turf, he is another with each-way prospects in a typically competitive renewal. Presidential was a promising third to Mubtasim on his seasonal debut and will appreciate any cut in the ground. His best form came in the soft at Newmarket in November.

Cape Byron has proved expensive to follow from the Roger Varian stable. He was runner-up to Flaming Spear at Goodwood last August and then started favourite here when second to Ripp Orf. He was again the market leader when only seventh to Raising Sand here in October and starts the season on the same handicap mark.

Caradoc is a horse to keep an eye on for the future. He won by five lengths at Chester a year ago before finishing second to Swiss Knight at Haydock. The son of Camelot has been gelded since and now makes his handicap debut for Ed Walker. 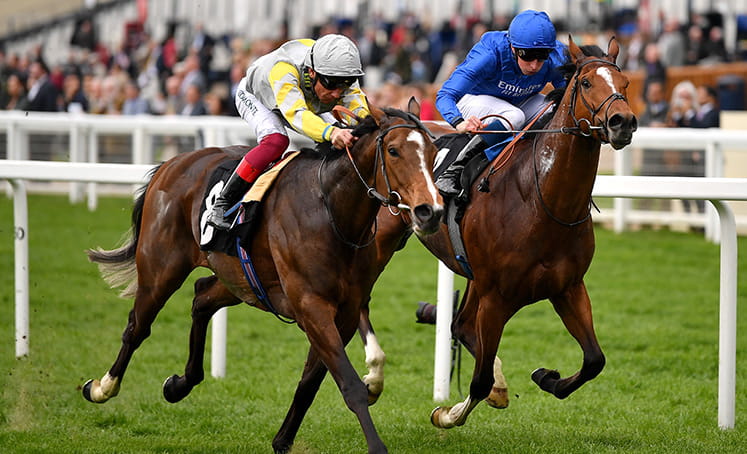 The Victoria Cup is due off at 4.00 at Ascot on Saturday 11th May and will be televised live on ITV4.