VAR under the spotlight yet again

The role of video assistant referees is once again hitting the headlines due to its use in the FA Cup game between Huddersfield and Manchester United. Two Romelu Lukaku goals were enough to see United through to the quarter-finals but it was the use of video replays that created the game’s biggest talking point.

Another round of FA Cup fixtures and once again it is the use of VAR that is the talking point. Juan Mata had appeared to put Manchester United 2 up in the game when he converted an Ashley Young pass. 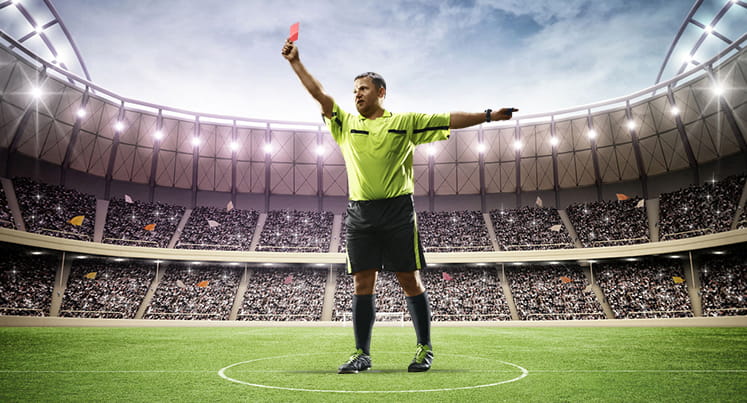 However, whilst Mata was celebrating his goal, referee Kevin Friend had received notification via his earpiece that the goal was offside and while the decision would prove to be the correct one, albeit by the very finest of margins, it was the delay of over a minute getting to that decision that irked both supporters and the commentary team.

The confusion was compounded when BT Sport showed images provided by Hawk-eye containing squiggly lines, which posed more questions than answers. Hawk-eye later apologised for the images saying they weren’t the ones used for the decision, however broadcasting of these images caused controversy and poured petrol onto the VAR debate.

Paul Scholes and Robbie Savage who were pundits in the BT Sport studio were outraged by the VAR call after seeing the wobbly lined image. They stating that no-one in the studio could understand why the lines were not straight and also queried how someone who is miles away from the match could make this decision when the assistant on the near side had felt that Mata was onside.

Gentleman Mata takes it in his stride

Manchester United and Spain’s Juan Mata has a reputation for being one of the nicest guys in modern football and his response to the VAR decision was typical Mata.

Rather than complain and moan, the 29-year-old midfielder jokingly posted a picture on his Instagram picture of him looking serious with a caption that said, “Your face when you meet Mr. VAR for the first time in your career”.

This light-hearted response was also mirrored in the post-match interview in which Mata stated he felt he had scored a legitimate goal but then spun the question round to the interviewer asking him what he thought and laughingly stated it must have been very tight.

Despite his disappointment, Mata did feel that VAR is necessary in the modern game but like many of us, he feels the decision-making needs to be speeded up. The technology is of course still in its infancy but we have a long way to go for it to be as seamless as it is in other sports such as Rugby.

TMO (the equivalent of VAR in rugby) has been used since 2001 and in those 17 years it has been tweaked and adapted and you will be hard pressed to find a rugby fan who would like the sport to return to the pre-2001 era. The TMO system is run by Hawk-eye, the same company that is participating in the trial of using video referees in football so they have a track record of success. The hope is that it is perfected sooner rather than later.

There is little doubt that technology will be playing a bigger role in football in the future and teething problems are to be expected. Luckily on this occasion it didn’t really matter in the bigger scheme of things.