The USA has beaten the Netherlands 2 – 0 to win the 2019 Women World Cup in France. Megan Rapinoe and Rose Lavelle scored the goals that gave the Americans their second consecutive tournament victory.

The USA’s dominance of women’s football continues after they beat the Netherland’s in Sunday’s World Cup final. This was the first time the USA team won the cup in Europe and their fourth World Cup triumph since it started in 1991.

Megan Rapinoe opened the scoring from the penalty spot after a VAR review on the hour mark. Barcelona defender Stefanie Van der Gragt’s high boot caught USA’s sensational striker Alex Morgan, with the French referee Stephanie Frappart pointing to the spot after viewing the replay. Rapinoe at 34, became the oldest player to star in a World Cup final and made no mistake converting the spot-kick. 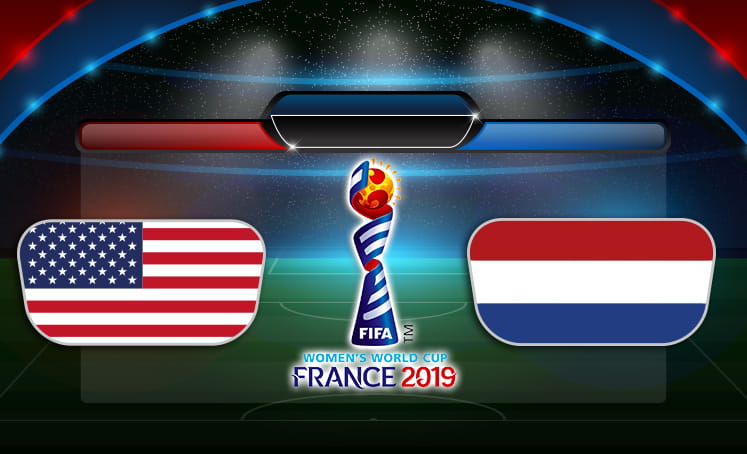 Rose Lavelle made an excellent solo run and scored for the USA in the 69th minute to effectively kill off the match with a comfortable 2 – 0 scoreline.

The win was the USA’s 12th consecutive victory in the tournament, and they have now scored in 45 matches straight, scoring 148 goals during that time. The success means the England born coach, Jill Ellis, becomes just the first coach to win two World Cups. The USA also became only the second side to defend the title after German did so in 2007.

The European Champions, Netherlands, who were in just their second ever World Cup final provided stubborn resistance and needed former Arsenal shot-stopper Sari van Veenendal to keep them in the game. Veenendal, who is the golden glove winner for the tournament, made four crucial stops in the first half to keep the match goalless. However, despite these saves, you always got the impression that the Americans were close to making a breakthrough.

This has been a record-breaking competition for the USA, not only did they take the record for the most goals in the tournament’s history by scoring 26 goals, their 13-0 destruction of Thailand in the group stages is the most scored by a team in the World Cup. Quite simply, the Americans look unbeatable at the moment and look like their dominance will continue.

In Saturday’s third-place playoff, Sweden beat England 2 – 1. It was on balance an even match at the Allianz Riviera but a slow start and defensive errors that would ultimately prove costly. Kosovare Asllani and Sofia Jakobsson took full advantage, and within 22 minutes, England had conceded two goals.

Fran Kirby inspired an England fightback, scoring a spectacular goal at the half-hour mark and England thought they had equalised when Ellen White found the net. However, for the second match in a row, the 30-year-old had a goal disallowed after VAR adjudged she had handled. It was a decision that denied the Birmingham City Ladies player a piece of history as she would have been the first ever player to score in six consecutive matches in the same tournament.

Sweden rode their luck at times, including a goal-line clearance in the 89th minute but they rode out the storm to claim 3rd place.

England finished third in the 2015 edition so it may seem disappointing, but they were one of the standout teams in this year’s tournament. They now have a break from international fixtures until September when they face Norway away before an attractive looking fixture at home against Germany in November.

Those games will be played without Karen Carney, who announced her total retirement from football. The Chelsea star featured in 144 England games, scoring 32 goals and won the She Believes Cup as well as reaching three international semi-finals. .