78th ranked Belinda Bencic caused a huge upset in the first round of the Australian Open when she beat Venus Williams in straight sets. The former world number one was well beaten 6-3, 7-5 on the opening day of The Open in Melbourne.

Last year’s Australian Open runner up, Venus Williams, has been sensationally beaten by unseeded Belinda Bencic in the sweltering conditions down under. The 20-year-old had previously been beaten four times by Venus so this will be a victory to cherish for the Swiss player.

As an 18-year-old, Bencic had reached as high as 10 in the world rankings but a wrist injury meant this slipped to a lowly 318th back in November. But a fantastic run of form in which she has won 16 tour matches back to back has seen her shoot up the rankings. If this run continues then regaining a top ten spot appears to be just a matter of time.

The defeat to Venus and sister Serena absent following the birth of her daughter means there will not be a Williams sister in the second round for the first time in 20 years.

Much fancied Sloane Stephens was also unable to reach the second round. Facing 34th-ranked Zhang Shuai, Stephens had a chance to win the match in the 10th game of the second set whilst serving. She failed to capitalise on this advantage, lost the serve and with it, all the momentum she had built up. She would eventually lose 2-6, 7-6 (2), 6-2.

If America’s ladies thought losing Williams and Stephens was bad, it would become a lot worse.

No. 10-seeded CoCo Vandeweghe, a semi-finalist at the Australian Open last year was struggling with an illness but still managed to lead in the first set before a rain delay caused a halt in play. When play resumed the 26-year-old was clearly suffering and became irritated when a time violation was given against her as she held up play whilst waiting for a banana. Vandeweghe was deducted a point for the time violation and also due to an obscenity she shouted in the second set, she would go on to lose to 24-year-old Hungarian Timea Babos 7-6 (4), 6-2. 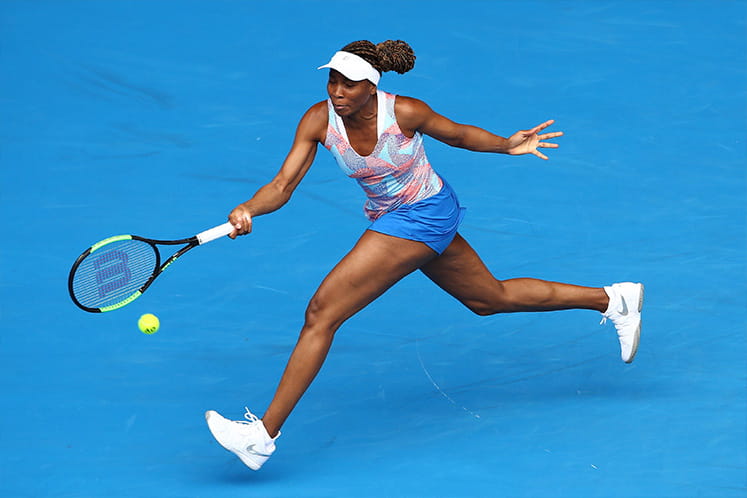 In a dreadful day for the American ladies, only Nicole Gibbs from the American team will be playing in the second round. The 24-year-old from Cincinnati, Ohio, beat Viktoriya Tomova 6-1, 6-1 to end the streak of eight losses for the U.S. women.