While the Premier League season may be just five games old, a familiar and potentially pivotal trend is already beginning to emerge at the top of the table.

Manchester neighbours United and City are currently neck-and-neck and separated by just alphabetical order in the top two places, while reigning champions Chelsea have also recovered from a harrowing start against Burnley to move into third.

United and City are clearly favourites for the title at present, however, with both displaying exceptional form and prowess in front of goal. But who will prevail, and can another size possibly challenge realistically for the title?

United v City: Which Side Holds the Edge?

In many ways, United and City are best described as embodying the attributes of their respective managers. United’s Mourinho are powerful, streetwise and blessed with immense pace throughout, while they also boast tremendous tactical knowledge and an ability to punish teams late in the game. This is borne out by the fact that 10 out of their 16 league goals this season have been scored in the last 20 minutes, with an astonishing nine coming in the final 10.

In contrast, City have adopted a far more holistic playing style, and one that is far more unflinching and pure in its nature. With a constant rotation of players and the ball, City’s game-plan is focused on dominating possession and pressing the opposition back in their own half. This has certainly come to the fore during the Citizens’ last two games, during which Pep Guardiola’s men have thrashed Liverpool 5-0 at the Etihad and plundered six goals against Watford at Vicarage Road. 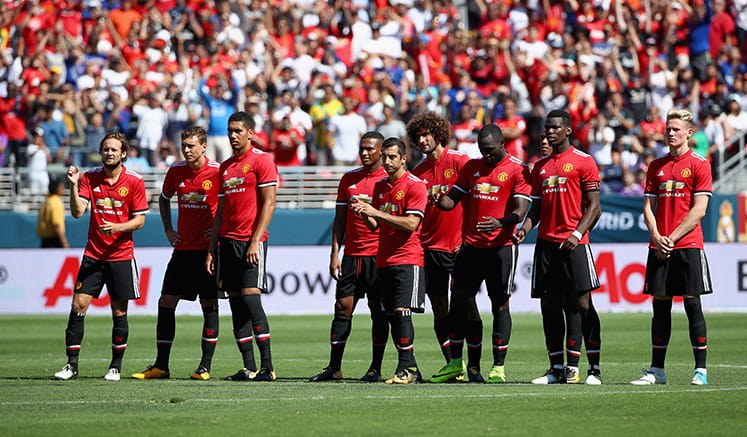 With both managers into their second years, it is clear that they are finally stamping their identities on their respective playing squads and realising the true potential of the talent that they have at their disposal. Given this, and the fact that both managers have never failed to win a league title during the second season of their respective managerial tenures, it is extremely likely that one of these sides will prevail this time and top the EPL table.

So while the bookmakers are currently leaning towards the irresistible force that is Manchester City, it is arguable that United’s superior power and tactical flexibility may afford them an edge over the course of the season.

Should Chelsea be Discounted?

Chelsea can currently be backed at the competitive price of 6/1, which reflects their challenging pre-season and their difficult start, enduring a 3-2 home defeat against Burnley on the opening day. While they were disappointing and faded badly during a 0-0 draw against Arsenal last week, they have begun to show signs of the form that carried them to the title last season and were particularly impressive when overpowering Everton at home and Tottenham Hotspur at Wembley.

The Blues have certainly struggled with consistency, however, while their lack of discipline is reflected by the fact that they have already had three players dismissed so far this term. Although they remain a threat and will probably maintain a title charge, they are likely to fall short of their Manchester rivals over the course of the season.