Former world heavyweight champion Tyson Fury has announced he will fight Albania’s Sefer Seferi in Manchester on 9th June in Manchester. The 29-year-old hasn’t fought since his surprise victory against Wladimir Klitschko in November 2015.

Undefeated former world champion Tyson Fury starts his comeback in the sport when he takes on 39-year-old Sefer Seferi in Manchester next month. The bout that will take place at the Manchester Arena will signal the end of Tyson’s two-and-a-half-year hiatus from boxing.

The self-styled Gypsy King has struggled with depression and drug abuse since claiming the IBF, WBA and WBO titles in 2015. Fury never defended his titles and was suspended in 2016 for “anti-doping and medical issues”. Despite speculation that he was quitting the sport, the heavyweight accepted a backdated two-year ban in December 2017 allowing him to fight again.

During his break he has been vocal in his belief that he is a better fighter than the current crop of boxers, often aiming insults at American Deontay Wilder who holds the WBC belt and fellow Brit Anthony Joshua who holds the IBF, IBO, WBA and WBO titles.

Who is Sefer Seferi?

Ten years older than Fury and normally plying his trade at cruiserweight, Seferi looks handpicked to give Fury a tough workout but few give Seferi any chance of beating the former heavyweight champion.

That said, Fury will need to guard against complacency as his opponent has only been beaten once in his 24-fight professional career. That defeat came against the current WBA (Regular) heavyweight champion, Manuel Charr and was the only time Seferi had fought in the heavyweight division.

Sefer has a thunderous punch as demonstrated by his 88% knock out rate but the gulf in quality should be too much for the Albanian. The bookies certainly agree, with Fury an incredible 1/250 on with some bookmakers with odds of 25/1 for Sefer Seferi.

The recent trials and tribulations of David Haye should serve as a reality check to Fury. Like Tyson, Haye had an extended break from the sport and launched a comeback. He looked back to his old self against lesser fighters Mark de Mori and Arnold Gjergjaj but his weaknesses were brutally exposed not once but twice in bouts against Tony Bellew. 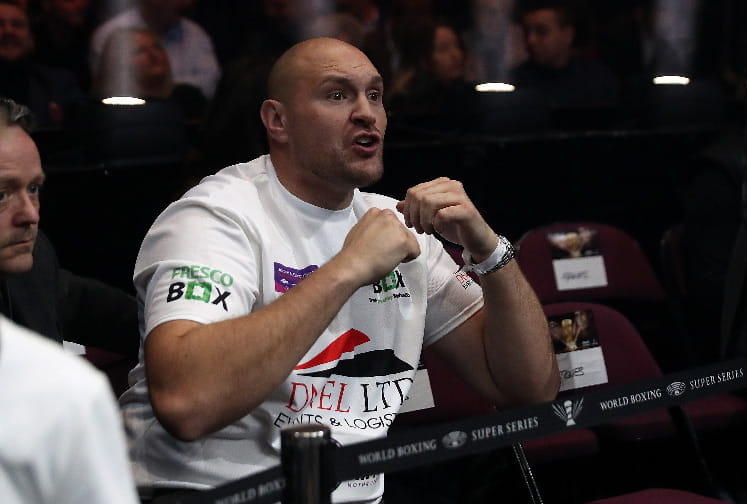 It is likely that Fury will want to be fighting the elite as soon as possible. No doubt he has cast envious eyes towards Anthony Joshua who has taken full advantage of Fury’s absence. His camp will however be weary of risking Fury’s unbeaten record against a dangerous unknown young fighter so if he does, as expected beat Seferi, his next opponent is likely to be a fighter coming to the end of his career.

Norwich born Sam Sexton fits the bill, aged 33 he would generate interest in Britain and with a KO rate of just 32% he would be considered a low risk workout.

You would then expect a fighter in the top 20. David Haye is set to retire which rules him out so realistically you are looking at fighters such as China’s Junlong Zhang or American Charles Martin. Luis “King Kong” Oritz would have generated interest but the 39-year-old is currently suspended indefinitely by the New York State Athletic Commission. You would also imagine that Fury will want to avoid Cousin Hughie Fury who is 17th in the world rankings.

But love him or loathe him, there is no doubting that Fury generates interest. If Tyson can get 2 or 3 fights under his belt then there is little doubt that Fury v Joshua is the one we all want to see. Can Tyson write the most incredible chapter in boxing history? The picture should become a bit clearer in two weeks’ time.