Transfer Talk: 3 Big Deals That Are Likely to Happen This Summer

The football season has come to an end, while the lack of an international tournament this summer has sent fans spiralling into the dark recesses of withdrawal.

This need not be the case, however, as the EPL’s big spending clubs are sure to keep fans entertained and on the edge of their seats while flashing the cash this summer.

While it may be hard to determine fact from fiction in the current transfer market, our team has selected three big-money deals that are likely to take place before the window closes. These are, in no particular order:

While the precise destination of the Belgian hit-man has yet to be determined, it is almost certain that Rommel Lukaku will leave Goodison Park this summer. After all, he has publicly refused to sign a new contract with Everton, with his desire to play in the Champions League one of football’s worst-kept secrets.

Although Lukaku could move abroad, his style is ideally suited to the EPL and current champions Chelsea remain the favourites to sign him. This makes sense, as Lukaku would represent a good fit for the Blues’ direct style of play, while it also seems increasingly likely that Diego Costa will leave Stamford Bridge for China in the summer.

Lukaku also has unfinished business with the club after being sold by then-Chelsea manager, Jose Mourinho in 2014, so the Blues could probably seal the deal for around £70 million (even accounting for reported competition from Manchester United).

Another player set to move on this summer is Tottenham’s pacey right-back Kyle Walker, who has endured a number of spats with manager Mauricio Pochettino over form, fitness and availability.

Both Barcelona and Manchester City have declared their interest in the England full-back, although Catalans’ decision to prioritise Arsenal defender Hector Bellerín has given the men from the Etihad the advantage. City manager Pep Guardiola is known to be keen on strengthening his full-back options, while Walker fits the profile of a quick, attacking and energetic player in the mould of Dani Alves.

Even a reported fee of £50 million has not deterred City, so this is a transfer that could well happen soon. As for Spurs, they will be hoping that Walker’s exit does not trigger an exodus of talent at the club. 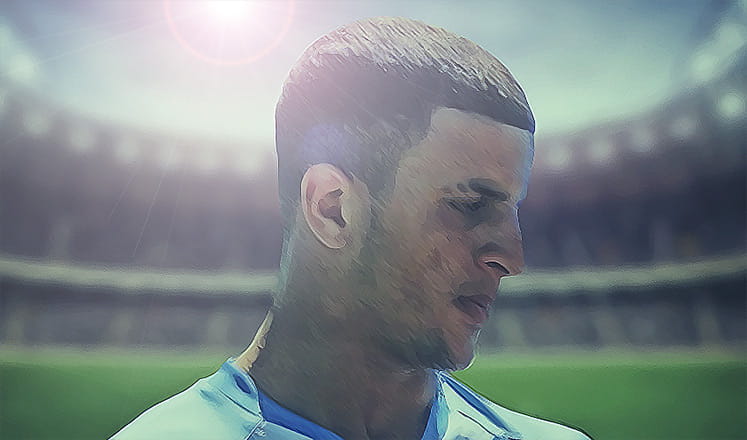 This will probably be something of a slow-burner given the dynamics of the two clubs involved, but all the signs suggest that this is a deal that is just waiting to happen.

Chelsea forward Willian has been short of playing time this season, while United are crying out for a quick forward who can give them the width and goal threat that they lacked for periods last season.

Throw in Willian’s dead-ball expertise and his obvious respect for Mourinho (he was one of the only players who performed for the Portuguese manager during his ill-fated title defence in 2015/16), and you begin to see a mutually-beneficial deal for all parties involved.

The Brazilian forward would probably cost around £40 million, but it would give United a huge boost and an entirely different kind of attacking threat.