The feature race at Sandown Park on Saturday is the £150,000 Grade 1 Tingle Creek Chase over two miles. This is one of the most prestigious chases of the season and regularly attracts the leading contenders for the Queen Mother Champion Chase at Cheltenham.

Altior set to return at Sandown

Nicky Henderson won last weekend’s big Cheltenham trial with Buveur D’Air in the Fighting Fifth Hurdle at Newcastle. He will be hoping for a similar outcome here with reigning Champion Chaser Altior returning from a 224-day absence.

Altior is unbeaten in nine races over fences, his most recent success coming in the Celebration Chase over course and distance in April. He had previously won the Champion Chase by seven lengths from Min in soft ground. That does not tell the whole story as jockey Nico de Boinville was niggling away at his mount with three to jump. He ran as though he was not enjoying the ground that day but he gradually warmed to his task and powered clear after the last. The eight-year-old is officially rated 7lbs and upwards superior to his rivals on Saturday.

Sceau Royal earned a tilt at this race when beating Simply Ned in the Grade 2 Shloer Chase at Cheltenham last month. He was entitled to win that on form and needs to find further improvement to trouble the favourite here.

Harry Whittington’s Saint Calvados was a useful novice last season, winning the Kingmaker Novices’ Chase at Warwick in February. He faded tamely in heavy ground at Cheltenham but is reported to be much stronger this season. He beat Tycoon Prince in a Grade 3 at Naas last month where he made all the running.

Willie Mullins has withdrawn Min and Great Field and relies solely on 2016 winner Un de Sceaux. The ten-year-old has a formidable record with 12 wins from 18 starts over fences and career earnings in excess of £1million. He was a brilliant winner of the Ryanair Chase in 2017 but was beaten by Balko Des Flos when attempting a repeat victory in March.

Un de Sceaux did not jump well here when beaten by Sprinter Sacre in 2016 but was better on his most recent visit. He has not raced since beating Douvan in the Grade 1 Punchestown Champion Chase in April. 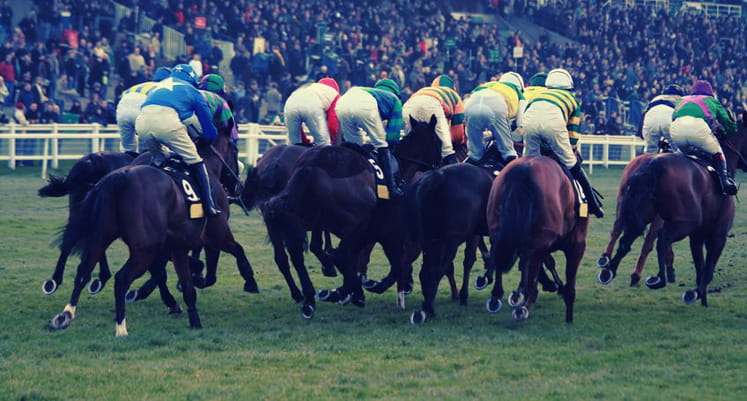 The Tingle Creek Chase is due off at 3.00 at Sandown Park on Saturday 8th December and will be televised live on ITV4.