The year was 1999. The Ukraine were visiting Slovenia in the first leg of the Euro 2000 play-offs . In the first half Shevchenko showed his pure class and opened with a very nice curling shot from about 20 metres. Then in the second half, Slovenia were better. Zahovic levelled 7 minutes after the break. It looked like the game would finish with a draw, but the Slovenian midfielder Acimovic had other plans. He scored from more than 50 metres to take the glory for himself. But there was another match between these two teams.

The second leg was played one week later. It was snowing in Kyiv and the Ukraine were 1-0 ahead 23 minutes to go. This result meant the Ukraine would go on to the final tournament. But 10 minutes before the end of the game Pavlin found the back of the net and sent the Slovenians to the first major tournament in their history.

The Ukraine have never won against Slovenia. There has been two draws and two victories for the Slovenians. So, it won’t be an easy game for the ‘Yellow-Blue’ team. In addition, all the Slovenian players are showing really good form. Jan Oblak is one of the best goalkeeper in The Spanish Primera Division. Milivoje Novakovic just can’t stop scoring goals.

The defender Mišo Brečko of Nurnberg is recalled into the Slovenia squad for the fixtures against the Ukraine. He took part in the first 6 group games.

Robert Beric of Slovenia is suffering from a serious knee injury and wasn’t selected by the manager. His recovery will take at least 6 months.

Ivan Petryak has been included into the Ukraine squad for the first time. The player has won 10 U21 caps for his country.

The Ukrainian captain Ruslan Rotan, Artem Fedetskiy and the goalkeeper Andriy Pyatov are doubtful for the game, because of injuries. 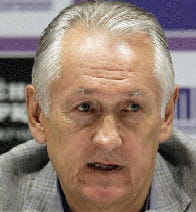 Mikhail Fomenko (Ukraine) : “We have to get the information from our doctors and talk to the players before any decisions on them.” 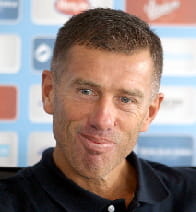 Srečko Katanec (Slovenia) : “In such matches you also need some luck. We will play two games in three days, and in this situation sometimes even the best teams can slip.”