The feature race at Haydock Park on Saturday is the £100,000 Group 2 Temple Stakes over five furlongs at 4.00. The race was transferred from Sandown Park in 2008 and is a recognised trial for the King’s Stand Stakes at Royal Ascot next month. Profitable was the last horse to win both races in 2016. Notable winners of the Temple Stakes include Dayjur (1990), Lochsong (1994) and Sole Power (2011).

The ante-post favourite is Battaash, a five-year-old gelding trained by Charles Hills. He provided this column with a winning tip last year, recovering from a slow start to beat Washington DC by a head. He raced too keenly at Royal Ascot when caught in the closing stages by Blue Point in the King’s Stand Stakes.

Battaash produced his best performance in the King George Stakes at Goodwood. Jim Crowley delayed his challenge until the two furlong marker before quickening clear to beat Take Cover by four lengths. He was surprisingly beaten in the Nunthorpe Stakes and ended his season with a close fourth behind Mabs Cross in the Prix de l’Abbaye at Longchamp.

Mabs Cross has already been in action this season, getting up late to beat Equilateral in the Palace House Stakes at Newmarket. The consistent mare is 6lbs worse off with Battaash for less than a length on Longchamp form. Mabs Cross also ran in this race last year, finishing three-quarters of a length away in fourth. Battaash has a 10lbs advantage at the weights compared to last year and the drying ground should also be in his favour.

Kachy diverted from Chester to Haydock

Tom Dascombe’s Kachy had been due to run at Chester recently but was withdrawn due to the heavy ground. The speedy six-year-old put his fitness advantage to good use in this race 12 months’ ago, failing by only a neck to hold Battaash and Washington DC. He has been busy on the all-weather, blazing to a comfortable victory in the All-Weather Sprint Championships in April.

The dark horse of the race is Aidan O’Brien’s Sergei Prokofiev. The son of Scat Daddy has often promised more than he has delivered, most recently finishing fourth to Mabs Cross at Newmarket. He started 6-4 favourite that day but missed the break and could never land a blow. He has shown his best form when held up off a fast pace and could be the last to deliver his challenge on Saturday.

Alpha Delphini produced a 40-1 shock when beating Mabs Cross by a nose in the Nunthorpe Stakes at York. The eight-year-old holds Battaash on that form, although the favourite was clearly below his best. The places were reversed in the Prix de l’Abbaye and this will be Alpha Delphini’s first run of the new season.

Caspian Prince is well into the veteran stage at the age of ten but was placed in a Group 2 last summer at the Curragh. Michael Appleby is probably using this as a prep race for the Epsom Dash, a race which Caspian Prince has won a record three times. 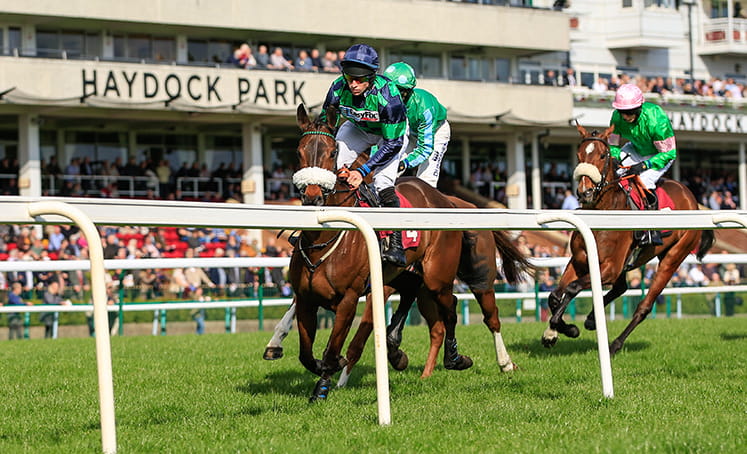 The Temple Stakes is due off at 4.00 at Haydock Park on Saturday 25th May and will be televised live on ITV4.