How did these two teams reach the play-offs? Sweden finished third in Group G behind Austria and Russia. The Danish players were surprisingly overtaken by Albania and now they will meet their neighbours in a very interesting match. Now, Denmark is the only team in the play-offs, to have ever won the tournament.

Both teams have met 104 times, most of these games were friendlies. Sweden have recorded 46 victories. There has been 18 draws and 40 wins for Denmark. The most interesting fact is that both teams have met twice in the European finals. Sweden was the only team to beat Denmark in 1992, when the Red Dynamites became European Champions. Then, in 2004, the game ended 2-2 in the group stages, which meant that both teams qualified for the quarter finals.

This will be one of the last chances for Zlatan Ibrahimovic to take part in a major tournament, so he will give 100% to ensure Sweden qualify. He is now 34 years old and sooner or later will have to retire from the national team.

Sweden coach Erik Hamrén can’t use Pontus Wernbloom, who has received a groin injury in his last CSKA Moscow’s match.

Zlatan Ibrahimović finished the qualifying campaign with eight goals and was the fourth highest goal-scorer in the UEFA EURO 2016 Qualifiers.

Morten Olsen has called Leon Andreasen into his 23-man squad. The midfielder hasn’t been selected for over a year.

Borussia Mönchengladbach defender Andreas Christensen has been included in the squad, because of his ability to play as a centre and right back. 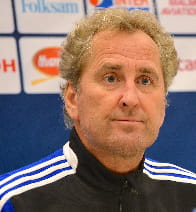 Erik Hamrén (Sweden) : “I’m excited to see Kujovic, he has done very well and has matured.” 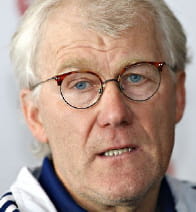 Morten Olsen (Denmark) : “I will be looking in particular for a back-up player for Riza Durmisi at left-back.”