The Swans are on a nightmare run

Swansea dropped down to 17th position in The Premier League table and The Swans will be in serious trouble if they don’t accrue fresh points as soon as possible. The Welsh team lost 4-2 to Sunderland in the last round. That was a real ‘six-pointer’ because The Black Cats are among Swansea’s main opponents in the relegation battle. Kyle Naughton was sent off in the 37th minute because he made a very dangerous and stupid tackle. Then the task in front of Sunderland became easier and Jermaine Defoe scored a hat-trick in the Swans’ net.

The Hornets have also felt a drop in form. Even though they won against Newcastle in the third FA Cup round Watford haven’t recorded a win in The Premier League since 20th December 2015 when they beat Liverpool 3-0. Since then, Watford ended with one draw and lost their last 3 matches.

Alan Curtis’ players have won only 1 home match of 5 against Watford. The Swans managed to beat The Hornets 3-1 on 9th November 2008 in a Championship match. Williamson put Watford ahead in the 33th minute, but just a minute later Bodde equalized. Scotland and Bauza scored the winning goals for Swansea.

Swansea sold Jonjo Shelvey to Newcastle. The transfer amount for the English international is £12 m. Shelvey made 16 appearances and scored 1 goal this season.

Kyle Naughton will miss the match against Watford through suspension. The ex Tottenham right back was sent off against Sunderland on Wednesday.

Gilmartin and Ekstrand are the only injured players for Watford. The Swedish defender is very close to his return, after spending 6 months with an injury.

Nathan Ake will return to Watford’s starting XI. The Englishman was suspended after being sent off against Tottenham. 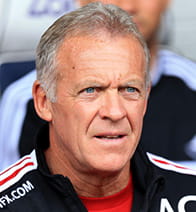 Alan Curtis (Swansea) : “We benefited from the penalty but you look at the other decisions. I don’t want to criticise referees but I think he got the big ones wrong tonight.”