The feature race at Newmarket on Saturday is the £250,000 Group 1 Sun Chariot Stakes for fillies and mares over a mile.

The race was formerly run over ten furlongs but was cut to a mile in 2000 and promoted to Group 1 status four years later. Past winners include Time Charter (1982), Indian Skimmer (1988), Attraction (2004) and Sky Lantern (2014). French raider Sahpresa completed a remarkable hat-trick of victories between 2009 and 2011 while Luca Cumani is the most successful trainer with six winners.

Aidan O’Brien’s only previous winner of the race was Halfway To Heaven in 2008. He saddles the favourite this year in Alice Springs, a three-year-old filly by Galileo out of a Danehill Dancer mare.

She won a valuable sales race as a two-year-old and finished second at the Breeders’ Cup in October. She finished third to stable companion Minding in the 1000 Guineas at Newmarket in May and filled the same spot in the Group 1 Coronation Stakes at Royal Ascot the following month. Alice Springs gained her first Group 1 victory with a two and a quarter lengths win in the Falmouth Stakes at Newmarket. She ran poorly at Deauville next time but bounced back with a brilliant win in the Group 1 Matron Stakes at Leopardstown earlier this month. O’Brien blamed the patchy ground for her defeat in France and she could have another tilt at the Breeders’ Cup if all goes well on Saturday.

She is likely to be opposed by Persuasive who suffered her first defeat when finishing runner-up in the Matron Stakes. John Gosden’s grey had won her first five races culminating in the Group 3 Atalanta Fillies’ Stakes at Sandown in August. She was driven into the lead with a furlong to run at Leopardstown but had no answer to the turn of foot displayed by Alice Springs.

Ervedya looks a bigger threat if she makes the journey over from France. She is trained by Jean-Claude Rouget in France for His Highness The Aga Khan and has three Group 1 victories under her belt. They came in last season’s French 1000 Guineas, the Coronation Stakes and the Prix du Moulin.

She is yet to win in three starts this season but finished a promising third to Ribchester at Deauville in August. She won at Royal Ascot last summer on good to firm ground but is probably a better filly with cut in the ground.

Volta could also make the trip across the Channel after finishing second to Qemah in July. She had previously finished third to La Cressonniere in the French Oaks at Chantilly but connections believe she is most effective at a mile.

Freddie Head’s Siyoushake completes a strong challenge from France. The daughter of Siyouni has won three of her fourteen starts, most recently beating Caointiorn in a Group 3 at Deauville. She finished behind Volta in the Prix Rothschild in July. 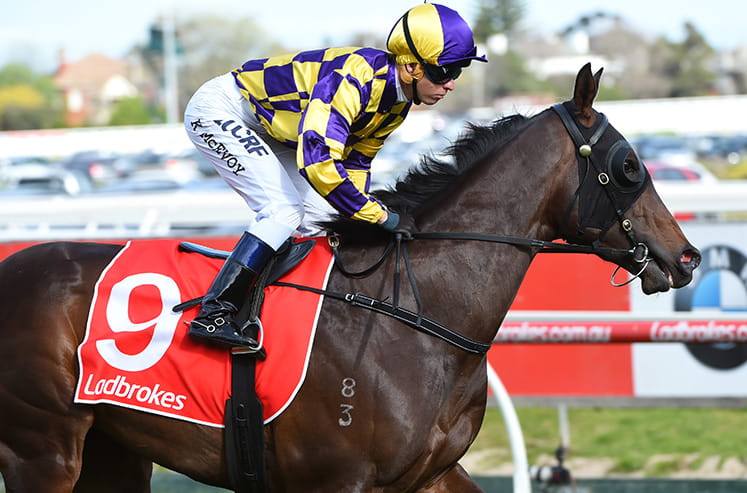 South African representative Smart Call is difficult to assess in this company. The five-year-old mare has won her last four races in her home country including two Group 1’s. Both races were in excess of a mile and she could also be heading for the Breeders’ Cup.

Arabian Queen has not won since springing a 50-1 surprise in the International Stakes at York last summer. David Elsworth’s filly was given an enterprising ride by Silvestre de Sousa that day and had enough in the tank to repel the three-year-old champion Golden Horn. Her best run since came at Newmarket in May when second to Usherette and she was a fair third to So Mi Dar at Yarmouth in September.

Saeed bin Suroor’s stable are hitting form late in the year and he is represented by Always Smile, a four-year-old daughter of Cape Cross. She looks held by Alice Springs on Newmarket form in July when she was two and a quarter lengths behind Aidan O’Brien’s filly. She was slightly disappointing last time when only fourth in a Group 3 at Goodwood over seven furlongs behind Al Jazi. Irish Rookie was beaten only three-quarters of a length by Ervedya at Longchamp last season but has not managed to register a victory since. She was fourth to Alice Springs in the Falmouth Stakes and it is difficult to see her reversing that form.

The Sun Chariot Stakes is due off at 4.00 on Saturday 1st October and will be screened live on Channel 4.