The opening race at York on Ebor Handicap day is the Group 3 Strensall Stakes over a mile. The race was promoted from Listed status in 2003. Godolphin have an impressive record in the race with eight victories, the most recent being Charlie Appleby’s Scottish in 2016. Last year the race was won by Lord Glitters, trained by David O’Meara and ridden by Daniel Tudhope. 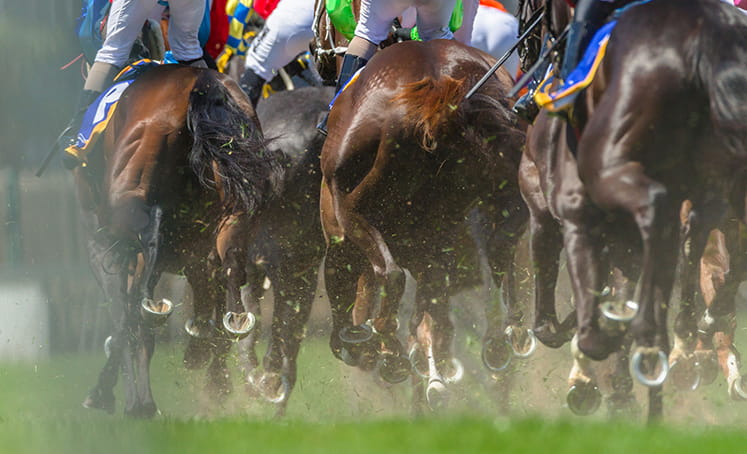 Wissahickon set to return to turf

John Gosden campaigned Cambridgeshire winner Wissahickon on the all-weather last winter. The chestnut won three consecutive races at Lingfield Park, culminating in the Group 3 Winter Derby. He was expected to make it four in the Easter Classic in April but was well beaten by Matterhorn. He missed his intended reappearance a fortnight ago due to the soft ground. Connections will be hoping for the good ground at York on Saturday.

The classic form is represented here by Andrew Balding’s Bangkok, a son of Derby winner Australia. He ran at Epsom after taking the Classic Trial at Sandown in April. He ran far too freely in the Derby and beat only one horse home behind Anthony Van Dyck.

He then chased home impressive Japan at Royal Ascot, beaten four and a half lengths. The winner advertised the form by taking Wednesday’s Group 1 International Stakes. Bangkok dropped back in trip at York last time but faded tamely behind Elarqam. He has been difficult to settle in his races and Balding has decided to try him back at a mile. The faster ground could see him recapture his early-season form.

Zaaki bids to bounce back at York

Sir Michael Stoute’s Zaaki started the season with victories at Ascot and Epsom. He was then beaten a nose by Beat The Bank in the Group 2 Summer Mile. Stoute dropped him back to seven furlongs at Goodwood but he could never land a blow behind Sir Dancealot. He will be more effective back at a mile and Ryan Moore takes the reins.

Space Traveller produced a fine burst of speed to spring a 25-1 shock in the Jersey Stakes at Royal Ascot. That form with runner-up Space Blues would give him every chance but he was not up to that level in the Lennox Stakes at Goodwood. He has so far shown his best form over seven furlongs and this could be stretching his stamina a little.

Forest Ranger beat Matterhorn at Chester in May and needed the run when last to Elarqam here last month. He finished 12 lengths adrift in soft ground that day but will be a lot sharper on Saturday. He is not favoured by the race conditions and must concede weight to the rest of the field.

Escobar completes the line-up, a five-year-old son of Famous Name trained by David O’Meara. He has been running consistently in competitive handicaps and was third in the Golden Mile at Goodwood last time. He has a lot to do to win this on official ratings.

The Strensall Stakes is due off at 1.50 at York on Saturday 24th August and will be televised live on ITV.