The big betting race on the final day of Glorious Goodwood is the £250,000 Stewards’ Cup over six furlongs at 3.40.

The ante-post market was given a shake-up on Tuesday following the withdrawal of Dreamfield. The Godolphin runner had been heavily backed to win the Wokingham but was collared close home by 33-1 shot Bacchus.

Ryan Moore has been booked to ride Spring Loaded for Paul D’Arcy, the winner of a valuable sprint handicap at Ascot last month. That was over five furlongs and he had previously finished over three lengths behind Bacchus at Ascot. He has won over six furlongs and should not be inconvenienced by the trip on one of the sharpest tracks in the country. A 6lbs penalty puts him just 5lbs below top weight Gifted Master.

Foxtrot Lady has improved steadily all season for Andrew Balding. The three-year-old daughter of Foxwedge edged out Stormbringer at Newmarket last time off a mark of 94. She also picked up a 6lbs penalty for that success but remains on a decent racing weight of 8st 10lbs. Foxtrot Lady carries the colours of Jeff Smith, successful with Lochsong and Dancing Star (2016). Tis Marvellous put up an eye-catching run to finish fourth in the Wokingham for Clive Cox and Adam Kirby. That was his second encouraging race since returning from Dubai and a big handicap could come his way before the end of the season.

Paul Hanagan has elected to partner Richard Fahey’s Growl in preference to stable companion George Bowen. Growl has finished fourth in this race for the past two seasons, rated 99 and 109 respectively. He has fallen back to his old mark and was not disgraced last time at York in soft ground.

George Bowen has gone up 6lbs for his latest victory at Hamilton in the Scottish Stewards’ Cup. He was sixth in the Wokingham and won by six lengths at York in May. Apprentice Sebastian Woods has ridden him in his last three starts and claims a useful 5lbs off his back.

Lancelot Du Lac bids to repeat last year’s victory for Dean Ivory. The eight-year-old won at Chelmsford in April but has been well beaten in his last two starts. 2017 runner-up Aeolus is also in the field but finished last at Newcastle in June. He was wearing cheek-pieces for the first time when second last year and it may be worth noting that the headgear is restored this weekend.

Joe Fanning rides Silent Echo for Peter Hedger, yet another horse who ran well in the Wokingham. He was finishing in fifth place and races off a 2lbs lower mark on Saturday. Gunmetal finished third in a valuable handicap at the Curragh last month for David Barron. He was attempting to follow up his victory at Newmarket but finished two lengths behind Intisaab. The grey has been performing consistently since being gelded and moving from the Charles Hills stable in April.

Silvestre de Sousa rides Glenamoy Lad for Michael Wigham who is returning from a 247-day absence. He was an easy winner on the all-weather at Newcastle in November but has gone up 10lbs as a result. 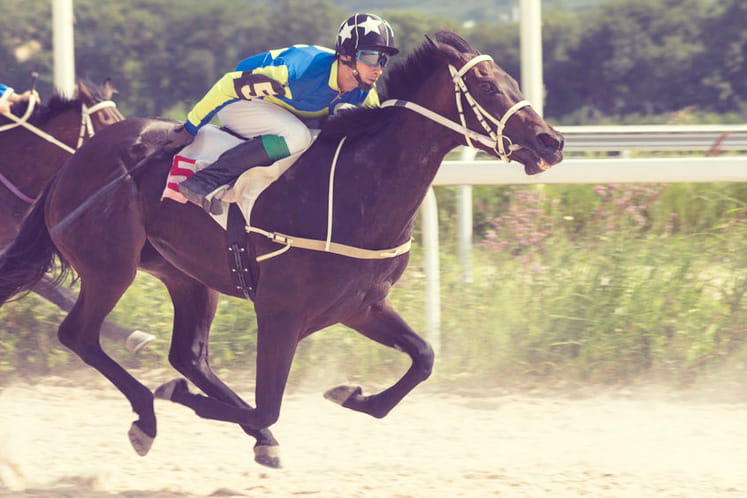 The Stewards’ Cup is due off at 3.40 at Goodwood on Saturday 4th August and will be televised live on ITV.