The climax of the betting week at Glorious Goodwood is the £250,000 Qatar Stewards’ Cup at 3.35 on Saturday.

The Gordon Stakes is a recognised trial for the St Leger and is often won by high-class performers. Horses that have successfully go on to win the season’s final Classic include Minster Son (1988), Nedawi (1998), Millenary (2000), Sixties Icon (2006) and Conduit (2008). Other top-class winners include Harbinger (2009), Noble Mission (2012) and Highland Reel (2015), all subsequently successful at Group 1 level. 2016 winner Ulysses became the latest horse to go on to win in the highest grade when winning the Eclipse Stakes at Sandown.

This year’s race is as open as ever with the bookmakers chalking up Projection as the ante-post favourite. Roger Charlton’s four-year-old is owned by the Royal Ascot Racing Club and came close to fulfilling their ambitions in the Wokingham Stakes. He was well backed under Kieran Shoemark and finished third of 27 behind Out Do. He finished first in his group on the stands’ side and may have been an unlucky loser. The handicapper has put him up 2lbs and Shoemark will be in the saddle again on Saturday.

Silvestre de Sousa rides top weight Danzeno, a three-quarters of a length winner of a valuable five-furlong handicap at Ascot last month. He had caught the eye when fifth in the Wokingham but must carry a 6lbs penalty at Goodwood. That takes his weight up to a daunting 9st 11lbs. Only Hoof It in 2011 has managed to carry a higher weight to victory in the past forty years.

Polybius is among the market leaders for David Simcock and Oisin Murphy. He was only a length behind Out Do at Royal Ascot and chased home Danzeno last time out. The six-year-old was briefly hampered in his run before finishing strongly. The son of Oasis Dream has returned to his best form since joining Simcock from David Lanigan’s stable. 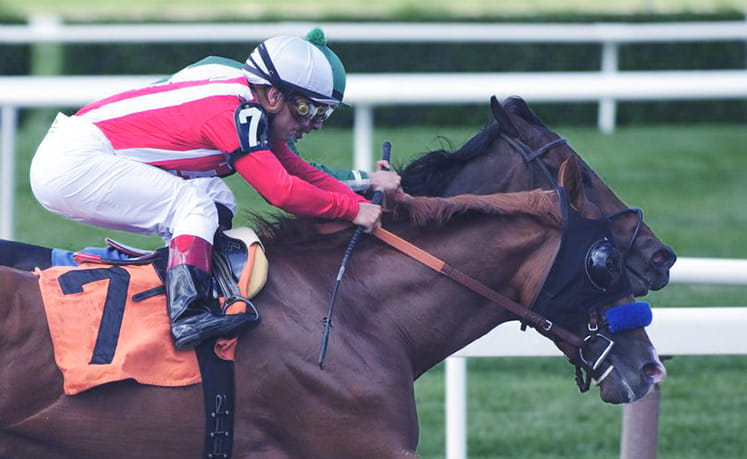 David Elsworth’s Sir Dancealot flashed home in second place at Newmarket over seven furlongs in the Bunbury Cup. He had been working well at home prior to that run and was backed from 33-1 into 16-1. He was briefly tapped for toe mid-way through that race before finishing best of all behind Above The Rest. The drop back to one of the fastest six furlong courses in the country is a slight concern but the booking of Ryan Moore looks significant.

William Haggas saddles Raucous who has a chance on his best form. Jim Crowley rides the gelding who was fourth in a Group 3 race at Newbury in soft ground last month. He finished five lengths behind Magical Memory after finishing eighth in the Wokingham. He may have done better at Royal Ascot but for clashing with a rival when starting his run.

Aeolus has not won since June 2015 but has been running well recently. He was beaten a neck by Mythmaker at Haydock in May and was not far behind Koropick at Newcastle last time. He has quite a high cruising speed and could run well at a big price. Edward Lewis was sixth in the Wokingham but only ninth behind Danzeno at Ascot. He was travelling well at half-way but found nothing under pressure.

Donjuan Triumphant was a Group 2 winner as a juvenile for Richard Fahey. He was also placed in a Group 1 last year and has recently joined Andrew Balding’s stable. He has refused to settle in his first two races for the yard and now drops back to six furlongs.

The Qatar Stewards’ Cup is due off at 3.35 on Saturday 5th August and will be televised live on ITV.