The Glorious Goodwood Festival drawers to a close on Saturday with a seven-race card featuring the Stewards’ Cup at 3.35. This is one of the most prestigious six-furlong handicaps of the season and has been won by some high class sprinters in the past. These include subsequent Group 1 winners Soba (1982), Lochsong (1992), Coastal Bluff (1996) and Borderlescott (2006).

Although this is an incredibly competitive race, there have been three winning favourites in the last five renewals. Magical Memory (2015), Dancing Star (2016) and Khaadem (2019) were all progressive three-year-olds and justified heavy market support. There have also been plenty of shock winners here including Conquest at 40-1 (2008), Lancelot Du Lac at 25-1 (2017) and Gifted Master at 20-1 (2018). 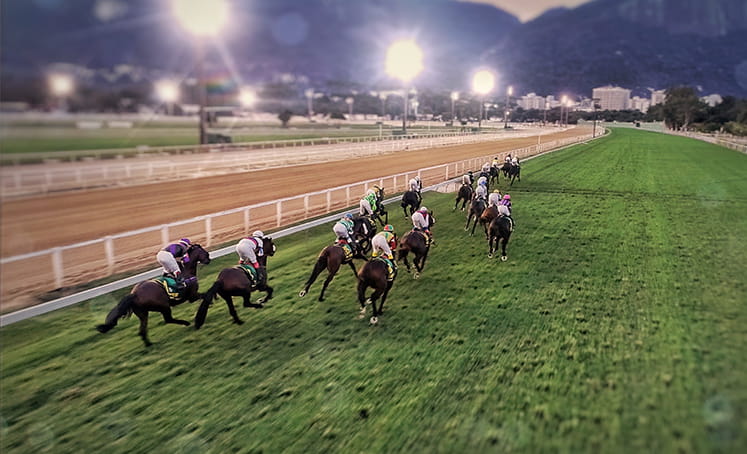 The big ante-post gamble for this race is Nahaarr, a lightly-raced four-year-old trained by William Haggas. The son of Dark Angel looked a useful prospect last season, winning his first four races before finishing third over seven furlongs at Newmarket in August.

He reappeared at the same track in June to finish fourth over the same trip but has improved after dropping back in distance. He caught the eye when finishing third to Chiefofchiefs in the Silver Wokingham at Royal Ascot and won a Newbury handicap in good style last month. The handicapper has put him up 7lbs for that success.

Mark Johnston always has his team in great form for Glorious Goodwood and has a live contender here in Meraas, a three-year-old colt by Oasis Dream. He has won three of his last four races, his only defeat coming in testing conditions at Newmarket. Meraas bounced back to win comfortably at Hamilton last time and his front-running style should hold him in good stead on this course.

David O’Meara saddles the two top weights here in Summerghand and Gulliver. The former has paid the price for his consistency after running well in several big sprint handicaps. He was just caught by Hey Jonesy in the Wokingham and was also placed here and in the Ayr Gold Cup last season. He was not disgraced in Group 3 company last time but could be anchored by his big weight.

Gulliver finished sixth last year but now races off a 7lbs higher mark. He finished a close fourth in the Wokingham before being caught on the line in a valuable handicap at the Curragh. Apprentice Gavin Ryan rode him that day and another 5lbs claimer in Angus Villiers takes over this weekend.

Richard Hannon has secured the services of Ryan Moore for Watan who attempts to turn around Newbury form with Nahaarr. The Toronado colt has two and a quarter lengths to make up on 7lbs better terms. That was his first run for over a year and his previous run had been in a Group 1 at Deauville. The trip could be a slight concern as Hannon also entered him in the Golden Mile earlier in the week.

Hannon also saddles Lexington Dash, twice a winner at Newmarket in June before finishing fourth in softer ground last month. He will be ridden by 3lbs claimer Thore Hammer Hansen. Hey Jonesy bids to follow up his Wokingham victory off a 5lbs higher mark. His victory came as a surprise to most punters following a poor run just five days’ earlier over seven furlongs.

Ed Walker’s Swindler is another likely improver but he can be a bit of a handful. He needs to be walked to the post before his races and can take a strong hold. The talent is certainly there, judged by his comfortable Ascot victory last September. Silent Echo finished fifth in the Wokingham before changing stables from Peter Hedger to Simon Hodgson. He was nearly three lengths adrift of Nahaarr at Newbury after meeting interference. An 8lbs pull in the weights gives him a chance of finishing closer than when eighth here in 2018.

The Stewards’ Cup is due off at 3.35 at Goodwood on Saturday 1st August and will be televised live on ITV.