The big race this weekend is the £700,000 Group 1 St Leger Stakes at Doncaster on Saturday afternoon.

The St Leger is the final Classic race of the season and is the oldest of the five, dating back to 1776. Although still technically the final leg of the Triple Crown, very few horses attempt it these days. Nijinsky was the last horse to win the 2000 Guineas, Derby and St Leger back in 1970. Camelot almost ended the long wait for his successor in 2012 but was beaten by Encke when attempting to complete the hat-trick. Oh So Sharp did complete the fillies’ Triple Crown in 1985 when adding the Leger to her 1000 Guineas and Oaks.

Saturday’s race looks certain to be a thorough test of stamina with soft ground forecast. Many horses have been found out by the long home straight in the St Leger as they enter unknown territory.

Irish Derby winner Capri is the early favourite for Aidan O’Brien, successful with Milan (2001), Brian Boru (2003), Scorpion (2005) and Leading Light (2013).The grey son of Galileo was a smart two-year-old and was well supported for the Epsom Derby in June. He was beaten just under four lengths into sixth behind stable companion Wings Of Eagles.

Injury to the winner in the Irish Derby ended his career prematurely but Capri took his opportunity, beating Cracksman by a neck. The form looks rock solid with the runner-up have won twice impressively since. Capri has shown his best form with cut in the ground and has always looked likely to stay beyond a mile and a half.

Crowley aboard Crystal Ocean in Leger

Champion jockey Jim Crowley rides Crystal Ocean for Sir Michael Stoute. The son of Sea The Stars side-stepped the Derby to run at Royal Ascot where he was third to the ill-fated Permian. He bounced back to beat Khalidi decisively in the Group 3 Gordon Stakes at Goodwood. The going was soft that day so he should handle conditions at Doncaster.

Andrea Atzeni won this race with Kingston Hill (2014) and Simple Verse (2015). He bids to improve his record aboard Defoe for Roger Varian. The Dalakhani colt has won his last four races, most recently in soft ground at Newbury at this distance. He defeated Wall Of Fire by three-quarters of a length with Frontiersman well held in third. This is by far his toughest test to date but he has conditions in his favour. 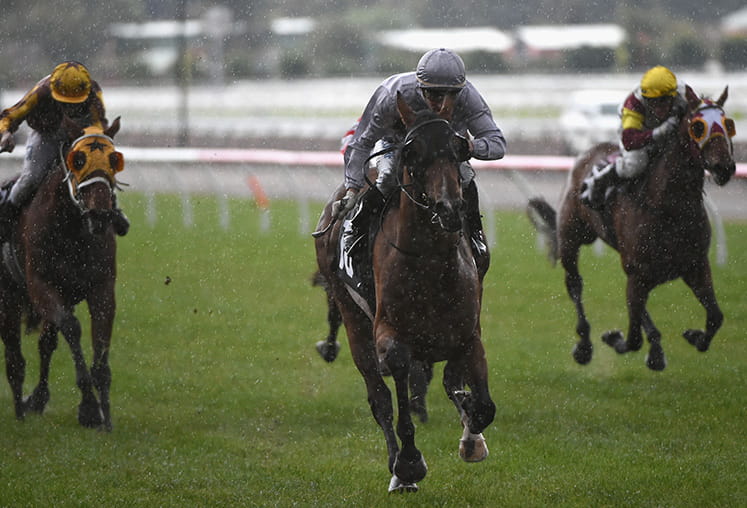 John Gosden’s Stradivarius denied Big Orange a third consecutive Goodwood Cup win in August. The colt knuckled down well under pressure to beat his elders in that two-mile Group 1 contest. That followed a narrow success in the Queen’s Vase at Royal Ascot. He would probably prefer drying ground this weekend but is progressive and will make a Gold Cup horse for next season.

Gosden also saddles the filly Coronet, by Dubawi out of a Darshaan mare. She has trailed her stable companion Enable by a wide margin in three of her last four starts. She did win in Enable’s absence at Royal Ascot when wearing down Mori in the closing stages. Joseph O’Brien’s Rekindling was well beaten in the Derby but won the Group 2 Curragh Cup in July. He then finished a well-beaten second to Order Of St George in the Irish St Leger Trial.

Raheen House gained a well-deserved success when beating Desert Skyline in the Bahrain Trophy at Newmarket in July. That race has proved to be a good guide to the St Leger in recent years. Venice Beach was very disappointing in the Derby but ran a fair race last time behind Cracksman at York.

The St Leger is due off at 3.35 at Doncaster on Saturday 16th September and will be televised live on ITV.