The feature race at Doncaster on Saturday is the £700,000 Group 1 William Hill St Leger Stakes, the final Classic of the English Turf season. It was established in 1776 and is the oldest of the five Classics. The St Leger is the final leg of the English Triple Crown, after the 2000 Guineas and the Derby. The last horse to win all three races was Nijinsky in 1970.

O’Brien has a leading contender again this year with Kew Gardens, the winner of the Queen’s Vase at Royal Ascot. That victory followed a disappointing run in the Epsom Derby where he failed to handle the undulating track and finished a remote ninth. Kew Gardens won the Group 1 Grand Prix de Paris at Longchamp in July. He then finished a staying on third behind Old Persian in the Voltigeur Stakes at York, beaten a length and three-quarters.

Kew Gardens is 2lbs better off with the winner, Old Persian. The winner will be racing at a mile and three-quarters for the first time while there are no stamina concerns for Kew Gardens. Old Persian won the King Edward VII Stakes at Royal Ascot before finishing sixth to Latrobe in the Irish Derby. He was given a 53-day break before bouncing back to win at York, beating Cross Counter by a head.

Old Persian is trained by Charlie Appleby who is also represented by Loxley. He is a colt by New Approach out of a mare by Nayef and has won his last two races at Deauville. Both races were in soft ground, most recently defeating Master’s Spirit by two lengths in the Group 2 Grand Prix de Deauville. He has quickened clear to win both races impressively. Loxley was beaten by Wells Farhh Go at Newmarket in July but seems to have improved significantly since.

John Gosden injected new life into the ante-post market on Thursday by committing unbeaten filly Lah Ti Dar to the race. She routed the field by 10 lengths in the Listed Galtres Stakes at York last month and runs here in preference to the Arc Trials in France. Lah Ti Dar was favourite for the Oaks after winning the Pretty Polly Stakes at Newmarket but injury forced her to miss Epsom. She is yet to race against the colts and this will be first run beyond a mile and a half.

Dee Ex Bee was runner-up at Epsom but has proved frustrating for his followers since. He was seventh at the Curragh, third to Kew Gardens at Longchamp and well beaten by Cross Counter at Goodwood. It has been a record breaking year for his trainer Mark Johnston and the extra distance could see a return to form.

Southern France should be sharper for his run behind Flag Of Honour at the Curragh last time. That was his first run for 66 days and the son of Galileo chased home Kew Gardens at Ascot. Richard Hannon’s Raymond Tusk won a Listed race at Hamilton Park in July but was put in his place by Hamada at Newbury next time. Connections of Maid Up have paid a supplementary entry fee for the grey filly, the winner of the Group 3 March Stakes at Goodwood. The filly had previously been beaten a short-head by Pilaster at the same course. The Pentagon was over five lengths behind Old Persian at York. He was eighth at Epsom and fifth at the Curragh and is another one stepping up in distance. 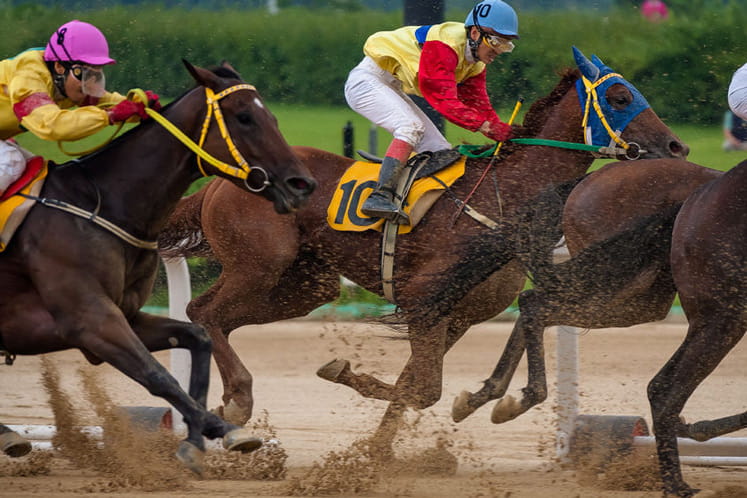 The St Leger is due off at 3.35 at Doncaster on Saturday 15th September and will be televised live on ITV.