There are two Group 3 races on Saturday’s card at Sandown Park, starting with the £50,000 Solario Stakes at 2.25. The seven furlong two-year-old contest was upgraded from Listed class in 1986 and has been won by some top class juveniles.

Too Darn Hot out to prove Classic potential

John Gosden’s Too Darn Hot was quoted as short as 12-1 for next year’s 2000 Guineas after winning by seven lengths on his racecourse debut. It is impossible to assess that form against four unexposed rivals but he is clearly an exciting prospect. The going was on the soft side of good and that race was over a mile. Dropping back to seven furlongs could be a slight concern for a horse with plenty of stamina in his pedigree.

Tom Dascombe saddles the unbeaten Arthur Kitt, a son of Camelot out of a Red Clubs mare. He won at Haydock on his debut before rallying strongly to win the Listed Chesham Stakes at Royal Ascot in June. The third and fourth horses from that race have won since so the form looks solid. Arthur Kitt has not raced since but Dascombe may have been waiting for easier ground.

Arthur Kitt is the son of Ceiling Kitty who won the Queen Mary Stakes at Royal Ascot in 2012. The mare was tragically lost in giving birth and Arthur Kitt’s chances of survival initially seemed remote. It would be an emotional triumph for his connections if he could land this Group 3 prize.

Jockey Oisin Murphy is enjoying a fantastic season and partners Confiding here for Martyn Meade. He sprang a 16-1 surprise at Newbury on his debut before finishing third to Dark Vision at Goodwood. He showed a tendency to hang to his left under pressure at the Sussex course after travelling nicely through the race.

Alan King’s Dunkerron won at Windsor and York before taking Group 2 class at Newmarket in July. He finished a respectable fourth to Advertise over six furlongs. King stepped him up to seven next time at Goodwood when second to Dark Vision. The gelding looked set to score until reeled in by the impressive winner. There is little between Dunkerron and Confiding on that evidence.

Richard Hannon’s Watan won on his debut at Goodwood when beating Dirty Rascal by two lengths. He was made favourite for the Group 3 Acomb Stakes at York next time where he finished second to Phoenix of Spain. That did not appear to be the greatest renewal and this looks a tougher race on paper.

Victory Command is a typically progressive Mark Johnston trained colt, winning four of his seven races. He is on a four-timer after beating Glorious Lover by two lengths at Ascot in July. He likes to make the running and Silvestre de Sousa is likely to try to dictate matters here. 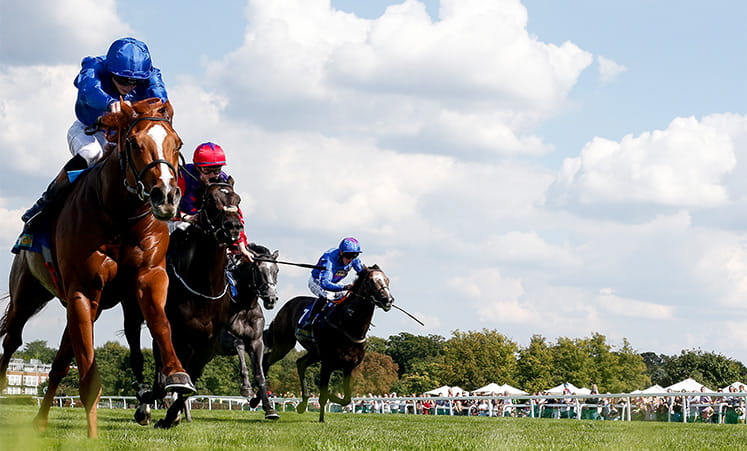 The Solario Stakes is due off at 2.25 at York on Saturday 1st September and will be televised live on ITV4.