The feature race at Doncaster on Saturday is the £100,000 Skybet Chase, formerly known as the Great Yorkshire Chase. It is over just short of three miles and is widely regarded as a trial for the Aintree Grand National. Notable past winners of the race include ESB (1957), Nicolaus Silver (1962), Bregawn (1982) and Addington Boy (1996). Alan King trained Ziga Boy to win the race in successive seasons in 2016 and 2017. Sue Smith was successful last year with Wakanda who defeated Warriors Tale and L’Ami Serge.

Alan King will bid for his third victory in four seasons when he saddles Dingo Dollar, the ante-post favourite. The seven-year-old ran well for a long way before finishing third to Sizing Tennessee and Elegant Escape in the Ladbrokes Trophy at Newbury.

The runner-up advertised the form when landing the Coral Welsh National on his next start. Fourth placed Beware The Bear has also been successful since while fifth-placed West Approach was second in a Grade 1 hurdle next time. Dingo Dollar should be suited by the slightly shorter trip and it is easy to see why he is fancied off the same handicap mark of 148. King has already signalled that the Grand National is the big target for this likeable chestnut and a bold run is expected.

Paul Nicholls won last weekends big handicap chase at Ascot and has a strong entry again here. Warriors Tale was only beaten a head last year and arrives in good form after winning at Aintree in December. He was pulled up in last year’s National so that trip may be beyond him but he is effective up to three miles. The handicapper has put him up 6lbs for his recent victory but he should still be competitive.

Art Mauresque has won six of his 24 races but was well beaten on his most recent outing in December. That was at Huntingdon when tailed off behind Charbel over two and a half miles. He had previously finished a close second to Traffic Fluide at Ascot but now races off a 4lbs higher mark.

This is one of the few big handicap chases to elude Trainer Nicky Henderson. He bids to put that right with O O Seven, a narrow winner over Go Conquer over course and distance last month. That was the gelding’s first run since having wind surgery in August and he did well to run down the long time leader in a tactical race. He has gone up 5lbs but is 8lbs worse off with the runner-up if you take the claim of that horse’s rider into account.

Go Conquer was formerly trained by Jonjo O’Neill and was third at Ascot on his first start for Nigel Twiston-Davies. He likes to bowl along at the front and should give another good account of himself on a track that suits his running style.

Willie Boy won by 11 lengths at Wetherby on Boxing Day and now races off a 9lbs higher mark. His victory came in first-time cheek-pieces after falling in the valuable BetVictor Gold Cup at Cheltenham. He also had wind surgery last year and moved from Venetia Williams to Charlie Longsdon. He is yet to tackle three miles but is clearly in the form of his life.

On Tour is now 11 years of age and was last seen finishing third to Houblon Des Obeaux in a Veterans’ Chase at Sandown. Calipto won over two and a half miles at Wincanton but is yet to race over three miles. Monbeg River came back from a 169-day break to finish second at Ayr but this looks a much tougher contest. 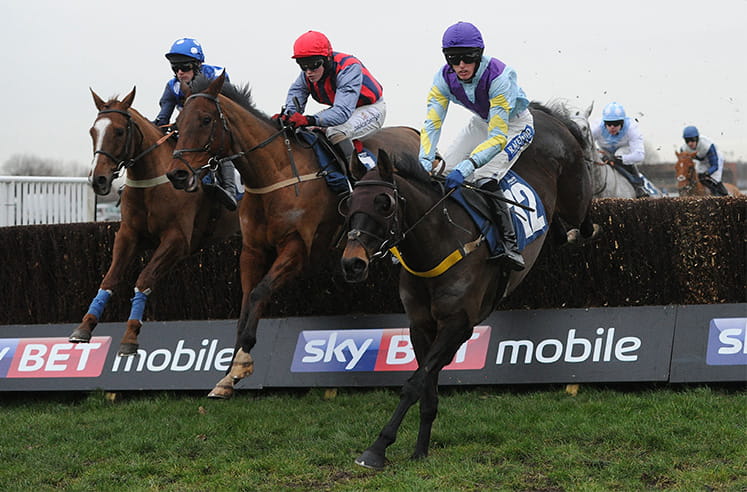 The Skybet Chase is due off at 3.15 at Doncaster on Saturday 26th January and will be televised live on ITV.