York stages a valuable card on Saturday with the Listed £50,000 Sky Bet Grand Cup providing a touch of quality at 3.00.

This race was introduced in 2008 and has been won by some good class stayers. Clever Cookie dead-heated with Ralston Road in 2014 and was an outright winner the following season. Nicky Henderson won the Grand Cup with the twelve-year-old stayer Caracciola in 2009. Godolphin claimed the prize in successive seasons with Cavalryman (2012) and Songcraft (2013). Last year’s race went to Dal Harraild, trained by William Haggas and ridden by Paul Hanagan.

Marmelo tops the ratings at York

Official ratings suggest that Marmelo is the one to beat here. Hughie Morrison trains the five-year-old and has booked Ryan Moore for the ride at York. He was a Group 2 winner in France last year when beating Desert Skyline in the Prix Kergorlay in August. That set him up for an ambitious attempt at the Melbourne Cup in Australia.

Marmelo started joint-favourite for the Cup after finishing an eye-catching sixth behind Boom Time in the Caulfield Cup. His task was not helped by a high draw at Flemington and his effort petered out in the closing stages. Morrison took him back to France in May where he was beaten only a neck by the high class Vazirabad in good to soft ground. He sets the standard and is likely to start a warm favourite.

Frankie Dettori rides market rival Weekender for John Gosden, a four-year-old colt by Frankel. He looked a promising stayer when beating Higher Power at Chelmsford in May. Weekender started favourite for the Group 3 Henry II Stakes at Sandown next time but was well beaten in third behind Magic Circle.

Mark Johnston saddles Time To Study with Joe Fanning in the saddle. The four-year-old was not far behind Weekender at Sandown last month when fourth to Magic Circle. He had previously finished a creditable fifth behind the same horse in the Chester Cup. He is a tough and consistent stayer and has every chance of finishing in the money here.

Graham Lee partners Duretto, a six-year-old gelding trained by Andrew Balding. He has won four of his sixteen races on turf, most recently in a Listed race at Chester in September. He tackled two miles at Ascot in October when fifth in the Group 2 Long Distance Cup. The chestnut should be sharper for his run behind Idaho at Chester last month.

The grey Algometer represents David Simcock, a Group 3 winner at Newbury in 2016. He was placed twice in Group company last season but has not been sighted in his last two races. Algometer finished seventh in the 2016 Epsom Derby and won a Group 3 at Newbury in the same season. He has never raced beyond a mile and a half but has always looked like a stayer. 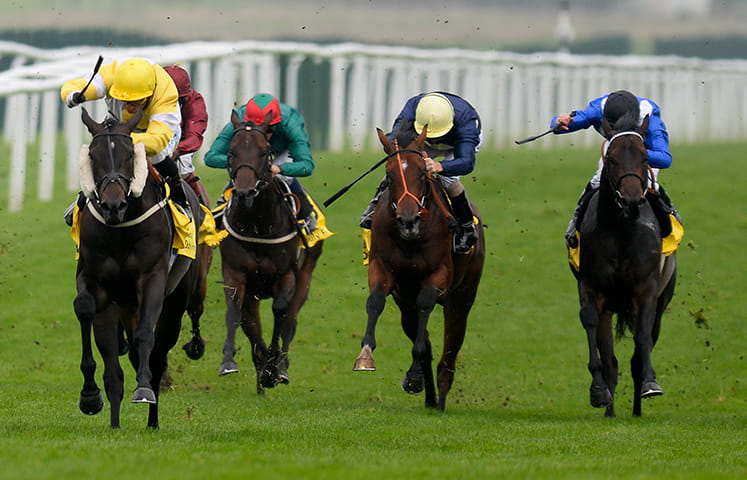 Oisin Murphy rides Melodic Motion for Ralph Beckett, a consistent filly by Nathaniel. She has not raced since finishing second in a Listed race at Lingfield in November. Clever Cookie has been a terrific servant to the Peter Niven stable and bids for a record third win in the race. Now aged ten, he has always shown his best form with plenty of cut in the ground. He does not look like getting his favoured conditions this weekend.

Duke of Bronte completes the line-up for Rod Millman, a four-year-old gelding by Mount Nelson. He was a fair third at Goodwood last time but has around 10lbs to find on official ratings.

The Sky Bet Grand Cup is one of four televised races from York on ITV4 on Saturday 16th June.