The feature race at Doncaster on Saturday is the £75,000 Sky Bet Handicap Chase over three miles. The race was formerly known as the Great Yorkshire Chase, and notable early winners included Grand National winners ESB (1957) and Nicolaus Silver (1962).

Michael Dickinson’s Bregawn won this race in 1982 before famously leading home his four stable companions in the 1983 Cheltenham Gold Cup. Ziga Boy became the first horse to win the race twice when successful in 2016 and 2017 for trainer Alan King. Last year’s race was won by OK Corral, trained by Nicky Henderson and ridden by Derek O’Connor. 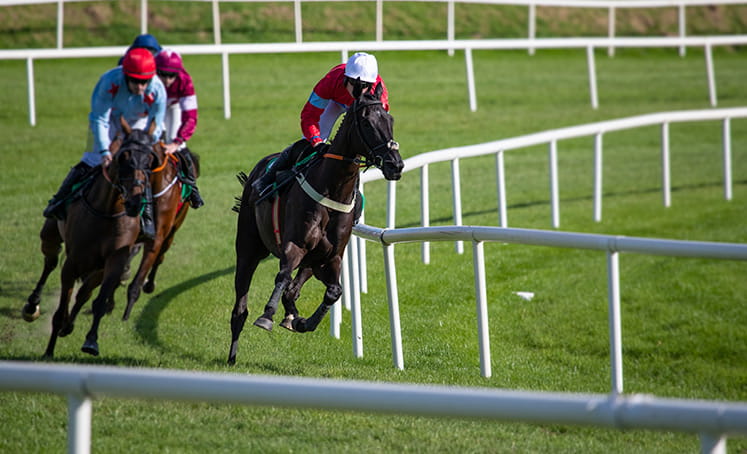 Normally a horse going up 6lbs for finishing second would hardly be called a blot on the handicap, but Cap Du Nord is a possible exception. Christian Williams trains the eight-year-old who was beaten three and a quarter lengths by Royale Pagaille at Kempton over Christmas. Last weekend the winner shrugged off a massive 16lbs hike in the weights with embarrassing ease at Haydock to earn quotes of around 8-1 for the Cheltenham Gold Cup.

Cap Du Nord was himself up 10lbs at Kempton for his previous victory and finished 19 lengths ahead of Double Shuffle in third. He had beaten Canelo by over four lengths at Newbury in November when receiving 18lbs. That rival is set to re-oppose on 6lbs better terms and represents the Alan King stable.

Canelo came out and won at Wetherby next time over this trip. The son of Mahler only had three-quarters of a length to spare over Snow Leopardess after cruising up to the leaders at the third last. He races in the colours of JP McManus who won this race 12 months’ ago.

One For The Team is prominent in the betting, despite a moderate run at Kempton on Boxing Day. He was beaten by the useful Next Destination at Newbury in November but could only manage fifth behind Shan Blue in the Grade 1 Kauto Star Novices’ Chase. He is yet to win in three starts over fences but was a useful hurdler and makes his handicap chase debut off a mark of 141.

Aye Right Bids To Bounce Back To Form At Doncaster

Harriet Graham saddles Aye Right, runner-up to Cloth Cap in the Ladbrokes Trophy at Newbury in November. He was quietly fancied for that race after finishing an excellent third to Cyrname at Wetherby in October. The gelding was given a 53-day break before finishing in midfield in a National Hunt Flat race at Newcastle last week.

Give Me A Copper represents the Paul Nicholls stable and comes into the reckoning on his run behind Rocky’s Treasure over course and distance in December. That was his first run for almost a year. He had won the valuable Badger Beers Silver Trophy at Wincanton in 2019 but only managed one subsequent outing when well beaten at Ascot. Rocky’s Treasure is trained by Kim Bailey, who must still be on cloud nine after Full Flow’s Grade 1 at Ascot last Saturday. The ten-year-old son of Westerner only had half a length to spare over Give Me A Copper last time, and it should be close between the pair. Musical Slave caught the eye when finishing a close fifth to Clondaw Castle at Newbury in November. That followed a 258-day absence, and he looks certain to pick up a decent handicap before too long.

Anthony Honeyball’s Sojourn won by 15 lengths at Carlisle before chasing home Sam’s Adventure at Haydock. He had gone up 11lbs for his victory with both races on heavy ground. Sandy Thomson’s Yorkhill rolled back the years to spring a 66-1 surprise in the Rehearsal Chase at Newcastle in November. The eleven-year-old benefitted from the fitting of a tongue-strap that day and was given a fine ride by Ryan Mania.

Mister Malarky beat The Conditional at Ascot last month having unseated his rider at Newbury on his previous start. He has an alternative entry in the Cotswold Chase at Cheltenham on Saturday.

The Sky Bet Chase is due off at 3.15 at Doncaster on Saturday and will be televised live on ITV.