The big betting race at Doncaster on Saturday is the Sky Bet Handicap Chase over three miles.

The race was formerly known as the Great Yorkshire Chase and dates back to 1948. The race has become something of a Grand National Trial in recent seasons with the winner often going on to run at Aintree. Famous previous winners include Nicolaus Silver (1962), Bregawn (1982), Young Hustler (1993) and Big Fella Thanks (2009). Ziga Boy has won the race for the past two seasons for Alan King. Only three of the last fourteen winners have carried more than eleven stone to victory in this competitive handicap.

The best backed horse in the ante-post market has been Nicky Henderson’s L’Ami Serge, cut from 9-1 to 9-2. The gelding is remarkably consistent and has only been out of the frame three times in 26 racecourse appearances.

On his latest outing he was beaten by Sam Spinner in the Grade 1 Long Walk Hurdle at Ascot. Jockey Daryl Jacob schooled him over fences recently and reported the gelding to be in top form. L’Ami Serge has only raced six times over fences and never beyond two and a half miles.

Paul Nicholls has withdrawn Frodon and will rely on Warriors Tale, runner-up at Newbury last time over an extended two and three-quarter miles. He is a previous winner over three miles and has gone up 4lbs for his latest effort.

Flying Angel won at Aintree in the spring for Nigel Twiston-Davies. The grey finished third to Definitly Red at the same course in December, beaten fifteen lengths. Dan Skelton’s Long House Hall has not raced since winning at Market Rasen in July 2016. The ten-year-old was a useful stayer over hurdles, finishing second in the Coral Cup at Cheltenham under a big weight. He could be well handicapped over fences but has a lengthy absence to overcome.

There is no Ziga Boy this year with Alan King set to be represented by Label Des Obeaux. This will be his first race since being pulled up in the Ladbrokes Trophy. He was never travelling with any fluency that day and is better judged on his previous run behind Might Bite at Sandown in November.

Wakanda hinted at a return to winning ways when beaten a head by Get On The Yager at Wetherby on Boxing Day. The first four horses were separated by less than a length that day and Wakanda was only beaten in the final stride. He was a long way behind Definitly Red here in March but races off a 5lbs lower mark this weekend.

Vibrato Valtat was beaten a neck by Mustmeetalady over course and distance in December. The grey has not won since 2015 and is yet to win over three miles. He changed stables in October and is finally showing signs of a return to form. 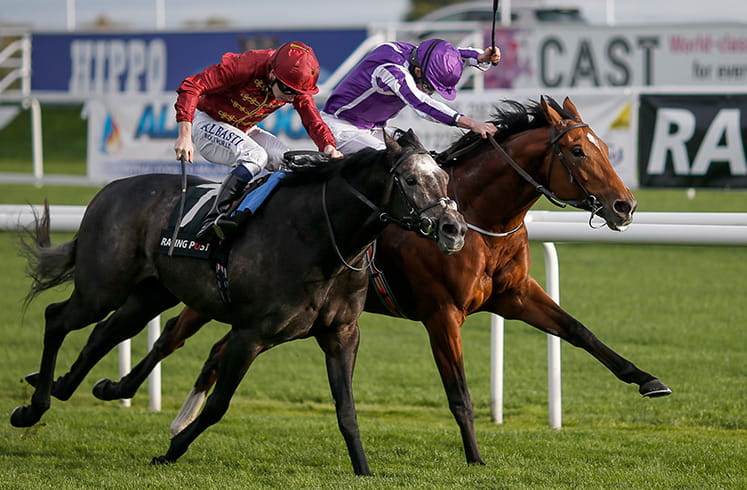 The Sky Bet Chase is due off at 3.15 at Doncaster on Saturday 27th January and will be televised live on ITV4.