The jockeys take centre stage this weekend for the Shergar Cup at Ascot. The event is named in honour of the ill-fated 1981 Derby winner and features teams from the GB & Ireland, Europe, and the rest of the World, as well as a Girls team.

The Shergar Cup comprises of six races over a variety of distances, designed to test the jockey’s skills. The meeting opens with the Dash over five furlongs which is followed by the two-mile Stayers event. The Challenge is over a mile and a half before the Mile and the ten-furlong Classic. The six-furlong Sprint brings the curtain down on the Cup with jockeys receiving points for their final placings.

All of the races are handicaps with a draw made to determine the jockeys. The team and individual winners are named at the conclusion of the final race. The Girls won the event in 2015 before Rest of the World gained their record sixth win in 2016.

Hayley Turner was a late call-up for the Shergar Cup to replace Josephine Gordon in the Girls team. Britain’s most successful female rider retired in 2015 but recently announced that she will return full-time in France this winter. Gordon has been booked to ride for Hugo Palmer at Newmarket on Saturday. Turner was in the winning team in 2015 alongside Emma-Jayne Wilson and Sammy Jo Bell.

Frankie Dettori and Ryan Moore are also absent due to commitments at Newmarket. Dettori’s place has been taken by Umberto Rispoli in the European team with Fran Berry replacing Moore in the GB & Ireland team.

The going is expected to be soft at Ascot on Saturday which is a factor to take into account throughout the afternoon. Ruth Carr is waiting to assess the going before committing Pipers Note to the Shergar Cup Dash. The seven-year-old has been in terrific form this season and was a close third to Danzeno on good ground last month. Lexington Abbey finished just a short-head behind in fourth.

Andrew Balding enjoyed a fantastic Goodwood with three winners and saddles likely favourite Swashbuckle in the Stayers. He beat Sternrubin in good to soft ground at Salisbury in June and is now 6lbs higher in the weights. The tough and consistent Byron Flyer has won in the soft over hurdles and has been edged out in his last two races.

Niblawi is among the market leaders for the Challenge Handicap after a good run here in July. He handled the soft ground well when second to Royal Associate. Gawdawpalin will also be popular as he attempts to follow up his recent course win. He has only gone up 3lbs in the weights while the progressive Mukhayyam is chasing a hat-trick for Tim Easterby. 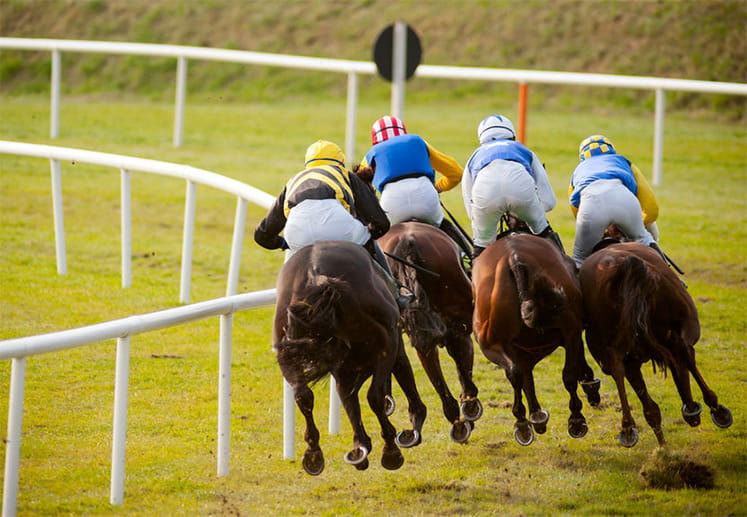 The same trainer also has a leading candidate in the mile in Breakable. The six-year-old mare is up 3lbs for a recent win at Chester. Balding’s Contango could be the shortest priced favourite of the meeting in the Classic. The gelding is unbeaten in three starts and romped to an eleven lengths win at Newmarket last time. He only faced two rivals so the form is difficult to assess. A 10lbs rise in the weights will make things tougher. Hold Sway ran in snatches at Goodwood when fifth to Good Omen in very testing ground. That was his first run since June and he can be expected to improve.

The final race on the card is the Sprint with John Gosden’s Nobly Born expected to start favourite. He was only beaten half a length when fourth at Newmarket in a very competitive race. Golden Apollo finished nearly three lengths further back in ninth after racing keenly in the early stages.

The Shergar Cup begins at 1.05pm on Saturday 12th August. ITV4 will be televising all six races live, culminating in the Shergar Cup Sprint at 4.00.