After a fine farewell to the Boleyn Ground with an emphatic 3-2 win over Manchester United last season, expectations are high for even bigger and better things as West Ham United welcome the dawn of a new era with the lucrative and much publicised move to the Olympic Park.

Looking Back: The Season Passed

On the whole, last season will go down as something of a success for the club. As new boy Slaven Bilic took the helm after a modest, but ultimately fruitful term under Sam Allardyce, few knew just what to expect. But there was little need to worry. The Croatian effortlessly adapted to the Premier League, applying his years of experience gained as manager of Croatia, Lokomotiv Moscow and Besiktas.

The 7th place finish led to qualification to the Europa League third qualifying round and could have been even higher, were the club not pipped to 6th place on the final day by Southampton. As the first season in charge for the then new manager, the season could have presented some problems – especially after an early exit from the Europa League qualifying rounds – but Slaven weathered the storm with an attractive new style for the team, whose shock victory against Arsenal on day one set the tone for the season to come. 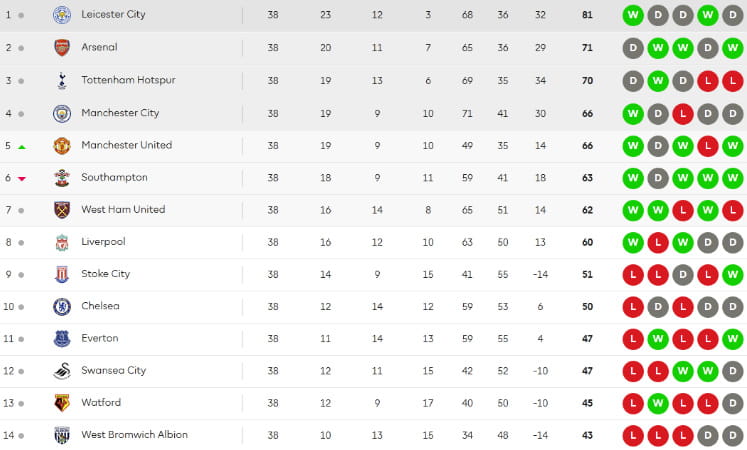 It’s safe to say that expectations are high as we close in on the start of the season. The move to an increased capacity, prestigious stadium is without doubt financially motivated. The move seems for now to be justified as season tickets have already sold out, meaning those extra seats will always be filled. But justification must also arrive on the pitch. For the move to be fully justified, the club must become more successful and enter the upper echelons of the Premier League. Beating last year’s standing appears to be a prerequisite.

With such great expectations comes a great deal of pressure and such a move is not without its dangers. Slaven Bilic himself hinted recently at how a move to a bigger stadium can prove dangerous to a club. Success will not come hand in hand with the move, hinted the manager in a recent press conference, as he urged the players to proactively shape the glory that the new, improved stadium would so eloquently frame. 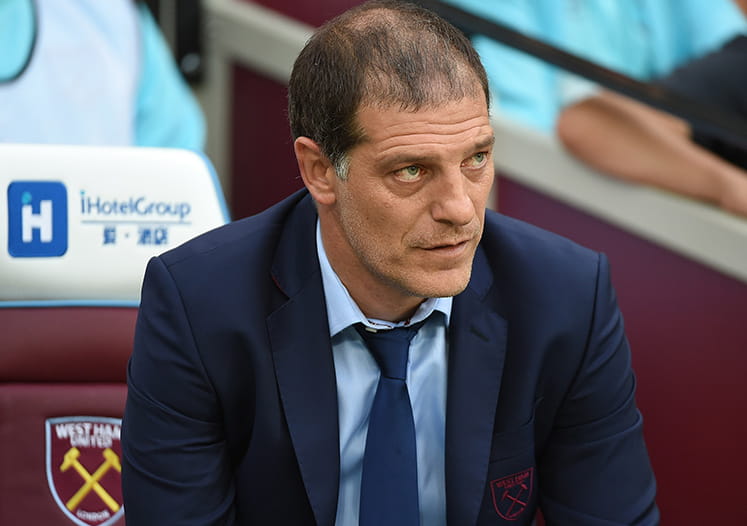 Things have gotten off on the right foot. Having been humbled by NK Domzale of Slovenia in the first leg of the club’s first Europa League qualifier, West Ham overturned the deficit for an emphatic 3-0 in the second leg, to a sell-out 54,000 crowd in the first match at the new ground. It was a fitting housewarming and should serve as a confidence boost to the players and manager alike.

Though it’s no secret that an arduous Europa competition can impact domestic success. Should West Ham qualify for the group stages, then the fixture list would grow rapidly, as the club would battle with multiple games most weeks. Liverpool and Tottenham are fine examples of how the competition can dent domestic chances in recent years. Strengthening the squad even further will likely be on the managers bucket list.

As it stands, Payet is still a West Ham player and despite the interest of some of the world’s biggest clubs, it appears he will remain so. His form will be key to the club’s success; as the creative head of an attacking outfit, Payet will be expected to play a role in most of the team’s goals. He will be joined in midfield by the little Argentinian, Manuel Lanzini. After a successful first season on loan, his move to the club was made permanent this summer. The team will be without his services from the start of the campaign however, as the Argentinian is sidelined due to a knee injury.

Another big loss is the injury sustained by the attacking full back, Aaron Cresswell, after a shocking tackle during a friendly against German club, Karlsruher SC. The youngster was another key player of last season and is expected to be out for up to four months. This set back has got the manager scrambling to find a suitable replacement; first choice was Internazionale’s David Santon, who failed a medical at the club. But the situation has been alleviated somewhat by the signing of the former France under 19 player, Arthur Masuaku.

With Diafra Sakho’s move away from the club appearing to be a case of when rather than if, finding a new striker has been one of Bilic’s main tasks this summer. Lyon striker Alexandre Lacazette was one option, though Lyon appear reluctant to sell, while interest from Arsenal could lure the player to north, rather than east London. However, the club broke its transfer record in recent days by signing former Swansea City man, Andre Ayew, for £20.5m. After 12 goals in his first season in the Premier League, great things can be expected from the Ghana international.

Sofiane Feghouli and Havard Nordtveit, from Valencia and Borussia Mönchengladbach respectively, are the other notable players brought in so far. Both operate as midfielders, with Feghouli most effective as an attacking winger, while Nordtveit is more comfortable sitting deeper, protecting the defense. Former Manchester United striker Ashley Fletcher, Domingos Quina, Toni Martinez, the aforementioned Masuaku and a loan move for Gökhan Töre round of the summer signings so far.

After Cresswell’s injury and the sale of James Tomkins to Crystal Palace, the defense does appear as though it could do with some strengthening. Bilic seems acutely aware of this, with the aforementioned bid for Santon and an offer for West Brom’s Jonas Olsson made in recent days. In fact, with a potentially hectic schedule on the horizon and an influx of injuries, the manager will surely be keen to strengthen in all areas.

The Summer Break: A Mixed Bag

The results of the summer friendlies should always be taken with a pinch of salt, since it’s a time for many youngsters to be given a run out and new tactics trialed, but it has been a particularly poor run for the squad. A 3-0 loss to the Seattle Sounders, followed by a 2-2 draw against the Carolina RailHawks meant the team’s US Tour fizzled out without a win. A 2-2 draw against FC Slovacko of the Czech Republic followed, before another 3-0 loss, this time against Rubin Kazan. West Ham finally gained their first win of the season against German Club Karlsruher SC, before the club faced its first competitive match of the summer. The 2-1 shock loss to NK Domzale appeared to spell another early end to the Europa League efforts, but the deficit was overturned in the second leg with a 3-0 win for the Hammers.

While the Hammers played at their new stadium in the competitive second leg fixture against NK Domzale, the official opening took place last weekend for the Betway Cup against Juventus. The final fixture before the season opener against Chelsea on Monday night was a feisty affair, viewed by a crowd of 53,996 spectators, but which ultimately ended in defeat against the Italian Champions. Both teams were without a number of first team players. The positives for the Hammers were the two goals from Andy Carroll, who looks like he will spearhead the attack in the coming season, but once again the defense looked far from assured.

While losing out on 6th place on the last day of the season almost leads to the conclusion that last year was something of an underachievement, in fact, the opposite is more the reality. The club only qualified for the Europa League thanks to Manchester United winning the FA cup, while the spectacular fall from grace of Chelsea – and a huge under achievement from Liverpool – meant that a top 8 finish was easier than usual. Should those two clubs return to form as expected then finishing inside the top 8 will be an even more difficult task. Both those teams also have no European football distractions this time around.

Another bright spark from last time out was Michaeil Antonio. The winger excelled after being called back from on loan and scored 8 and assisted 7 goals. Currently utilised as an attacking wingback, Antonio’s lack of defensive capabilities has led to criticism by some. But manager Bilic deems the youngster one of the best wingbacks in the country, which is surely a sign that Antonio will slot into that role. Though this will surely lead to attacking possibilities, already the player’s lack of defensive awareness has left him out of position and led to threatening situations on numerous occasions during friendlies over the summer. Changes must quickly be made if the club are to improve on what has been a far from convincing defensive display. 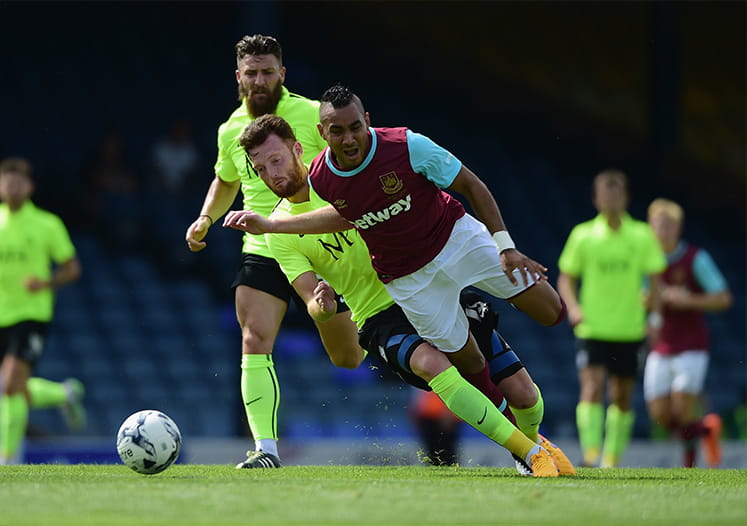 With Payet in tow, West Ham fans will believe anything is possible. The Frenchman’s goals and assists propelled the club forward last time out and he will be expecting to build on an incredible first season in England. Payet is expected to miss the first game however and may be out for a couple more after an exhausting European Championship during the summer. The Hammers also face a tricky start; away trips to Chelsea and Manchester City, either side of a home encounter against Bournemouth, could lead to a slow start. Victories against all 3 of those times last year will inspire confidence however.

After the huge bombshell of Leicester winning the title last year, no-one knows quite what to expect this year just days away from the first ball being kicked. With Manchester United, Manchester City and Chelsea all starting with new managers, who will come out on top is anyone’s guess. The bookies generally seem to favour Manchester City. Bet365 have the team priced at 3.5/1, followed by Manchester United and then Chelsea. West Ham are priced at 81/1 at bet365 to win the league outright. But last year’s champions priced at 29/1 and 6 teams priced better is a sign of just how open the league could be this year. Leicester were famously 5000/1 to win last year and they managed it.

A top 6 finish is undoubtedly the target for a club that wants to stake its claim as one of the big boys of the Premiership and a move to a huge new stadium would not have gone through without the belief that this can be achieved. But it will be a difficult task to improve on last year’s final standing. The expectations of the board will certainly not be put on hold so it’s down to the players and the manager to really deliver on the pitch. Succeed and the future looks very bright indeed for the club. But fail, and the questions will immediately be asked. No pressure then, lads.