Will the Red Devils once again be at the forefront of English football?

After a spectacular fall from grace since the departure of Alex Ferguson in 2013, the club’s fortunes could finally once again be on the rise, after the acquisition of one of the world’s most successful managers in Jose Mourinho and a host of world class players.

The club are now hotly tipped to be serious contenders for the title. However, Mourinho’s last year in charge of Chelsea ended in disaster as he was stripped of his job and his managerial style was called into question for the first time. After such a bad run for the club and a stormy last 12 months for their new coach, has the downward trajectory of the last 3 years really come to an end?

Is Mourinho Still the Special One?

Judging by the air of optimism floating around Manchester you’d be forgiven for thinking that the last 3 years had never happened. Spectacular failures first from David Moyes and then Louis Van Gaal led United to a fall from the elite of English and European football.

Everyone in and around the club now seems confident that this spell was a blip; a temporary misstep that can easily occur when changing manager after such a long and illustrious spell, but one that has resolved itself with the appointment of Mourinho. With his arrival the club once again have a winner, a master tactician, who has enjoyed success domestically and at the European level all throughout Europe. In the fans’ and the board staffs’ minds, the club is once again part of football’s elite.

But to so quickly assume this is to disregard Mourinho’s last year as manager of Chelsea. The club ended up 10th after a disastrous start to the season, incurring 9 losses before the manager was sacked by Christmas. The manager’s failings didn’t stop there however. It was widely reported that he had lost half of the dressing room as his strict approach finally became too much for some to handle. The coach was also lambasted for his mistreatment of the medical staff who he wrongly blamed for a poor result. Mourinho’s handling of the situation was catastrophic and the effects of his mistake are still being felt today. 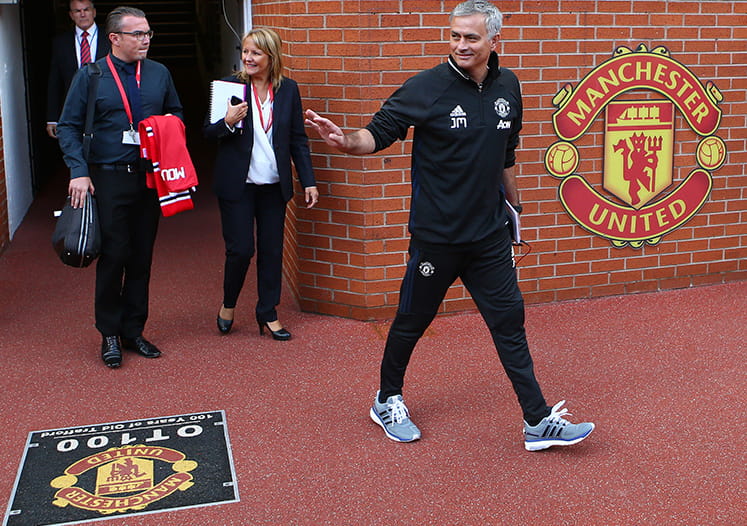 For a team that had won the league the season prior, Mourinho’s half season in charge of the club during the 2015/16 season was nothing short of a disaster. Just what exactly happened is still a mystery, but the same players who had so convincingly won the league the previous season suddenly appeared reluctant or unwilling to perform for the coach. A huge blip on his professional record, last season should perhaps have been a warning flag to all potential suitors once Mourinho was a free agent.

Nevertheless, there is without doubt cause for celebration and optimism. The new additions to the squad are both lavish and necessary and mark a turning point for the club, whereby the board once again appears prepared to spend the amounts required to lure the world’s elite players. Most in the red part of Manchester believe that Mourinho should have been handed the role immediately after Sir Alex Ferguson. Though caution should be exercised far more than it currently is being in Manchester, without a ball being kicked in a competitive Premier League match, Manchester United do appear to be back on track.

Statement of Intent: The Summer Signings

Behind the new manager the club’s activities in the transfer market are the leading cause of this optimism. Almost immediately after taking the helm at the club, Mourinho made a strong statement of intent that his summer signings would be focused on a small range of big name players who would be ‘fundamental’ to the team, rather than the flops signed by former manager Van Gaal. But that statement was nothing compared to the one made by the signings themselves.

Mourinho broke both the club’s and the world transfer record by finally capturing Paul Pogba from Juventus for a whopping £89.25 million. The 24 year penned a 5 year deal after leaving Manchester United for just £1.5 million in 2012 after contractual disputes. The move doesn’t exactly exemplify good business, but Mourinho has been prepared to splash the cash on a player the club let go for peanuts, in order to get the super-stars he feels the team needs.

Pogba alone would have been enough to get the United fans licking their lips about the season ahead, but Mourinho had already made 3 other tantalising additions to the squad before Pogba put pen to paper. The biggest of which was the capture of his former captain, Zlatan Ibrahimovic, on a free transfer from PSG. Despite his 34 years the big man should function as an effective target man and have no trouble adapting to the physicality of the Premier League. His goals could provide the missing piece to the puzzle for a club that managed just 49 league goals last season.

Despite resting a little under the limelight of Pogba and ibrahimovic, Mkhitaryan is the playmaker that the team has missed in recent years, after the departures of the influential Scholes and Giggs, and could prove to be the most effective of the summer signings. The Lithuanian looks set to feature on the wing, though could be eased into the Premier League gently if his absence from last weekend’s Community Shield is anything to go by. Either way, his creativity will certainly play an important role if the team is to have any success this year.

Mourinho strengthened things at the back with the £30 million acquisition of Eric Bailly from Villarreal. At almost 6ft 2in the Ivorian is a template Mourinho centre back who is expected to partner Chris Smalling in the centre of the United defence. The defender had a bright start to his Manchester United career and was awarded man of the match in the 2-1 victory over champions Leicester in the Community Shield last weekend.

The addition of Bailly will certainly bolster the United defence, but the defence was not the cause of last season’s woes. Rather, the toils of the team’s forward lines, consisting of an ageing Wayne Rooney and a bunch of talented youngsters who were – seemingly at Van Gaal’s insistence – doomed to be played out of position.

To his credit, Mourinho immediately enacted measures to resolve this. The acquisitions of Ibrahimovic and Mkhitaryan should provide the goals and assists that last year were so desperately lacking. Despite Van Gaal’s insistence to play players out of position and try to fit round pegs into square holes, this is not a problem the new coach will inherit. With two quality players for practically each position Mourinho has what at first glance appears a dream scenario.

But looks can be deceiving. One large point of discussion is just what to do with Wayne Rooney. While Mourinho has publicly spoken of the central role the player plays in his plans, his inclusion forces changes all over the pitch that may not play to the team’s strengths as a whole. Van Gaal wanted Rooney to play a number 10 role, while former England coach Roy Hogdson deployed Rooney in a much deeper central midfield role. Neither worked particularly well, with neither the player, nor the tactical reshuffles forced by incorporating him, working out. 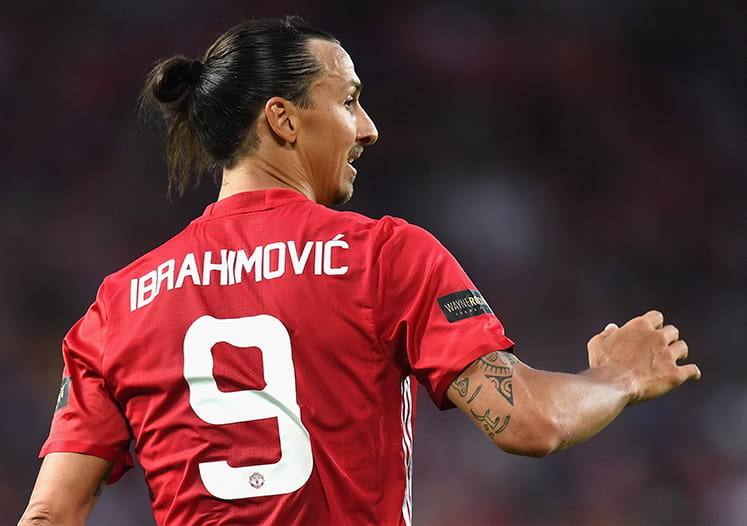 It appears Rooney will occupy the number 10 slot behind Ibrahimovic, with Mkhitaryan and Martial providing width and speed down the flanks. But a strike partnership with a combined age of 64 is not ideal to any league, let alone the Premiership, and it remains to be seen how big a role Rooney will play. Mourinho is certainly not one to hide his feelings should a player not fit his plans.

Just ask Juan Mata, who was sold by the coach when both were still at Chelsea and was recently substituted off just half an hour after being substituted on in the Community Shield. He faces an uncertain future at the club and could prove surplus to requirements. Or Bastian Schweinsteiger, to whom it has been made crystal clear he is already surplus to requirements, after he has been forced to train away from the first team. This is no new approach for Mourinho, but after the revolt of many senior players last year, the Portuguese will have to take strides to maintain positive relations with the squad as a whole, if the club are to mount a serious challenge for the title.

Another obstacle that will need to be maneuvered is the Europa League. Just how much stock the manager will place into the competition remains to be seen. The competition is often a notorious distraction from domestic duties, especially in such a competitive league as the Premiership, and the merits for a club such as United going far in the competition are limited at best.

Ignoring European duties entirely is of course not an option. The competition can also provide a great platform for developing younger or lesser used players, both of which United currently have in abundance. With two players for most positions, the manager has the luxury of being able to field a second team 11, that could still compete on the European stage. But for a two-time winner of the Champions League, getting excited about the Europa League will prove difficult for Mourinho.

The Manchester Divide: A New Dimension to the Rivalry

No European football distractions would be a clear advantage over all rivals, so it will be interesting to see what level of commitment will be extolled on the competition. One rivalry in particular has taken on a new dimension. Mourinho’s rivalry with former Barcelona and Bayern Munich coach Pep Guardiola spills over into the Premier League with the Spaniard’s appointment as manager of Manchester City. Both will want to outdo each other, just as was the case in La Liga, which will make for a great spectacle as both look to become champions. 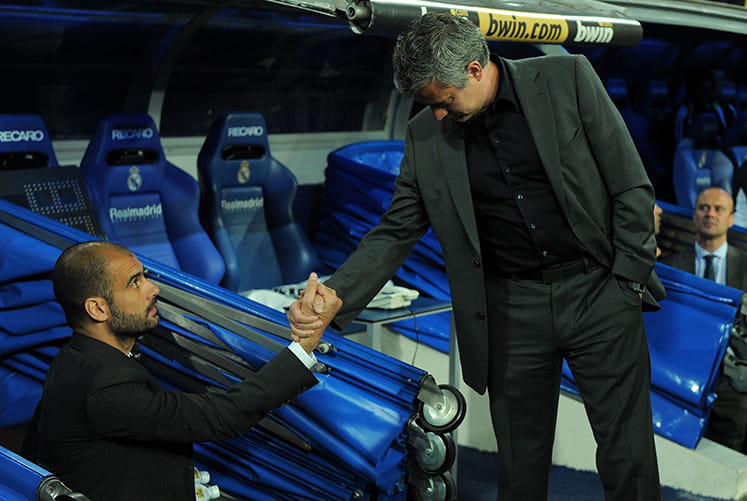 And what of the prospects of becoming champions? Interestingly, most bookies have designated both Manchester teams as most likely to take the title this year, with City the favourites and United priced around 3/1. This will only serve to heat up the rivalry between the clubs, their supporters and now their managers.

After Leicester’s momentous achievement last year, there will be a number of clubs that truly believe they have a shot at the title. New clubs have made themselves genuine title contenders as the old rivalries make way for new players. The scenes at Old Trafford will be just one of many focal points of what is shaping up to be the most intriguing Premier League season on record, but ultimately they could prove to be the most important of all.