The big betting race this weekend is the Coral Scottish Grand National at Ayr over four miles.

The race is one of the top staying handicap chases of the season and regularly attracts horses that ran in the Aintree Grand National. Paul Nicholls won the race last year with Vicente who attempts a repeat win on Saturday. Merigo won the race in 2010 and 2012, while Androma was the last horse to win it in successive seasons in 1984 and 1985. Other notable winners include Grand National winner Earth Summit (1994) and popular chasers Moorcroft Boy (1996) and Grey Abbey (2004).

Vicente beat 27 rivals last year to win the Scottish Grand National off an official rating of 146. He has not been placed in five subsequent starts, including when falling at the first at Aintree a fortnight ago. He races off the same handicap mark this season with Sam Twiston-Davies in the saddle.

Nicholls also runs Arpege D’Alene, a seven-year-old French-bred gelding by Dom Alco. He finished a creditable fourth in the four-mile National Hunt Chase at the Cheltenham Festival last time. He was just over three lengths behind runner-up, Missed Approach, who battled on gamely on the run-in. Arpege D’Alene is 3lbs better off here and Sean Bowen takes the ride.

Leighton Aspell rides Missed Approach who started a 50-1 outsider at Cheltenham. He had unseated his rider at the first fence on his previous start and will be having only his sixth chase on Saturday.

o run War Secretary, a colt by War Front and the winner of a Listed race at Dundalk earlier this month. This represents a big step up in class but he does have fitness on his side. He had earlier won comfortably at the same track and is proven over seven furlongs.

Josephine Gordon takes the ride on Via Serendipity for Hugo Palmer, a winner on his third start last season. He was fancied to make a winning debut in the valuable Convivial Maiden Stakes at York in August. His effort faded in the closing stages and he finished third to subsequent Racing Post winner Rivet. He was surprisingly beaten at odds-on at Yarmouth next time before getting off the mark at Newmarket in September.

Nicky Henderson has never won the Aintree Grand National or the Scottish equivalent. He has an interesting contender in Premier Bond who has had only four starts over fences. He won minor novice events at Catterick and Doncaster before finishing third to Domesday Book at Cheltenham last month. That was a fine performance for such an inexperienced chaser but he is unproven over such an extreme distance.

Southfield Royale fell at the ninth fence in the same Cheltenham race. He was a high class novice, finishing second to Tea For Two in a Grade 1 at Kempton in 2015. He has lost his form since but would be a threat if Neil Mulholland can get him back to his best. Another Hero represents Jonjo O’Neill but finished down the field at the Cheltenham festival last time.

Vintage Clouds carries the famous Trevor Hemmings colours and is trained by Sue Smith. He was still in contention when falling at the second last at Cheltenham in the race won by Un Temps Pour Tout. He had previously finished third in the Haydock Grand National Trial at Haydock but is yet to win in six races over fences and needs soft ground to show his best form.

Seldom Inn was beaten by seven lengths by Yala Enke at Kelso last month. He had won his previous race on heavy ground at the same course but is another horse tackling four miles for the first time. Perhaps the best handicapped horse in the race is Henri Parry Morgan, second in a Grade 1 at Aintree last season. He was never going next time at Sandown and he is yet to recapture his best form. 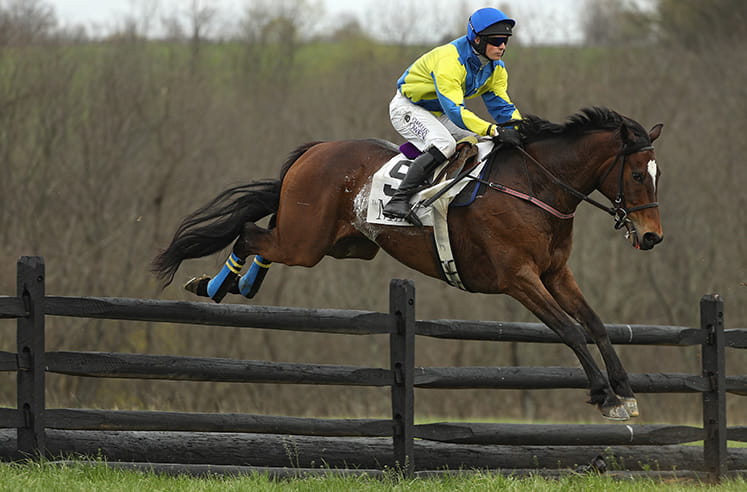 Al Co sprang a 40-1 surprise when winning the Scottish Grand National in 2014. He gained his only subsequent success at Aintree in May last year but was pulled up in a Veterans’ Handicap Chase last time.

Shotgun Paddy and Firebird Flyer are regulars in these top staying events. The former finished only tenth in this race last year but was third in the Eider Chase at Newcastle in February. He is set to race off a 5lbs lower mark, while Firebird Flyer was second in the Welsh National last season. He was a fortunate winner of the Midlands National next time when a Golden Chieftain fell when well clear. His form since has been very poor and the ground is unlikely to be soft enough for him.

Trustan Times will be running in his third Scottish Grand National. He finished third behind Al Co in 2014 and was pulled up the following season. He joined Mark Walford’s stable from Tim Easterby in December and had a nice prep race when winning over hurdles at Kelso recently. Alvarado was runner-up last season but has not troubled the judge in four subsequent outings, having pulled up at Cheltenham last month.

The Greenham Stakes is due off at 3.05 at Newbury on Saturday 22nd April and will be televised live on ITV4.