The big betting race this weekend is the £215,000 Coral Scottish Grand National over four miles at Ayr.

The race is one of the most prestigious staying handicaps of the National Hunt season. This week it is scheduled just one week after the Aintree Grand National but that meeting could still have an influence on the outcome. Last year Vicente fell at the first at Aintree last year and was diverted to Ayr when he landed his second successive Scottish National. He will bid for a hat-trick in the race on Saturday, a feat only achieved once previously by Couvrefeu II (1911-13).

Vicente among the favourites for Scottish National

Vicente has been racing off an official rating of 146 for both of his previous victories. He is officially 4lbs higher this year but will be carrying 3lbs less if top weight Gold Presents stands his ground. Nicholls would have preferred to run Vicente at Aintree last weekend but the horse was taken out due to the soft ground. That could turn out to be a blessing-in-disguise once again. The ground should have dried out sufficiently this week for the nine-year-old to make a bold bid for glory.

Nicky Henderson has never won the Aintree Grand National or the Scottish Grand National. He also diverted Gold Present from Liverpool to run here but the gelding is unproven at this distance. He won a competitive handicap at Ascot in December but was pulled up in heavy ground at the Cheltenham Festival. Grey Abbey was the last horse to carry 11st 12lbs to victory in this race in 2004.

Henderson could also run Beware The Bear, a staying on fourth at Cheltenham behind Coo Star Sivola. He is closely matched with Vintage Clouds on that form but has been well beaten on his previous two races beyond three and a half miles.

Vintage Clouds was among the reserves at Aintree and narrowly missed out on a run. The grey races in the Trevor Hemmings colours carried by Vicente and is trained by Sue Smith. Vintage Clouds finished seventh last year when jumping moderately in the early stages. He was a fair third at Cheltenham in March and was also placed in the Welsh National in January. The handicapper has put him up 7lbs since last year and he would probably prefer softer ground.

The Dutchman could make a quick return to action after unseating his rider in the Aintree Grand National. He got as far as the 23rd fence before parting company with Harry Cobden. He would have a chance if able to reproduce his 13 lengths win at Haydock in January but he was pulled up on a return visit to the Lancashire track.

Sizing Tennessee has gradually improved his jumping this season for Colin Tizzard. A fall at Cheltenham in October may have dented his confidence but he did little wrong when just beaten by Yanworth at the same course in January. He ran well for a long way in the four-mile National Hunt Chase at Cheltenham in March.

Ballyoptic beat Vintage Clouds by nearly three lengths in heavy ground at Wetherby in February. He then ran well at the Cheltenham Festival to finish fourth and he shapes as though he will stay. Ballyoptic was a high class hurdler where he achieved a rating of 162. He is rated almost a stone lower over fences at present and has to come into calculations.

There seems to be no stopping Gordon Elliott at present. After winning the Irish National in a dramatic finish he saddled Tiger Roll to win last weekend at Aintree. He now bids for National hat-trick when he saddles Fagan. He will be having only his fifth race over fences and was last seen finishing second to Black Corton in a novices’ chase at Cheltenham in October. He also boasts some high class form over hurdles having finished runner-up in the Albert Bartlett at Cheltenham in 2016.

Henri Parry Morgan returned to something like his best when beating Jennys Surprise at Ffos Las at the start of the month. He finished ninth last year and races off an identical mark on Saturday. Midlands National winner Regal Flow has been raised 10lbs by the handicapper and all of his best form has been in heavy ground.

Looking Well is a lively outsider for Nicky Richards. He was in front when unseating his rider at the last fence at Musselburgh in February. Silsol and Doing Fine look the best of the remainder. The latter will appreciate the drying ground and has the assistance of Noel Fehily in the saddle. He was given far too much ground to make up in the London National when staying on late into fourth place. 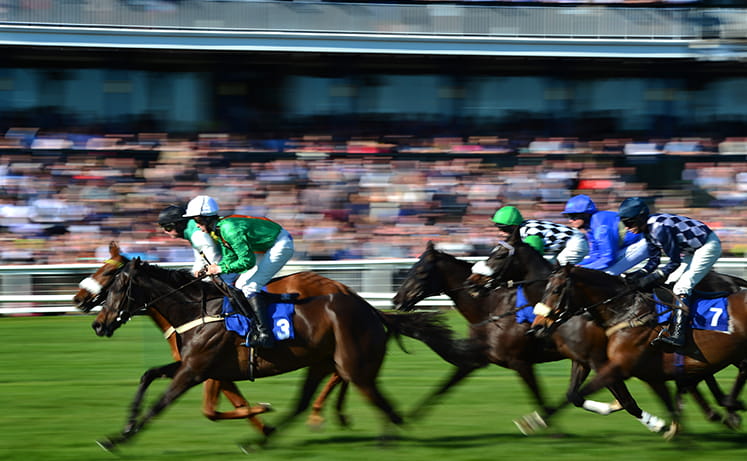 The Scottish Grand National is due off at 4.05 on Saturday 21st April and will be televised live on ITV.