The big betting race this weekend is the £215,000 Coral Scottish Grand National at Ayr. Bookmakers are bracing themselves for another busy weekend after favourite Tiger Roll won the Aintree Grand National last Saturday. Some estimates put bookmaker losses in the region of £250 million and they will be hoping to recoup some of those losses here.

The Scottish Grand National is over four miles and has been won by several Aintree heroes, notably Red Rum (1974) and Earth Summit (1994). There have been plenty of shock results in this race including Iris De Balme at 66-1 in 2008 and Al Co at 40-1 in 2014. Vicente failed to become the fourth horse to win three Scottish Grand Nationals last season when fifth behind 33-1 shot Joe Farrell.

Vintage Clouds set to bounce back from horror fall

Owner Trevor Hemmings will be hoping that history can repeat itself with Vintage Clouds. Vicente was hastily re-routed to Ayr after falling at the first fence at Aintree when winning his second Scottish National in 2017. The same fate befell Vintage Clouds last weekend and the grey could make a quick reappearance.

Top weight here is Beware The Bear, trained by Nicky Henderson. The nine-year-old seems to have improved since a wind operation in August and the application of blinkers. He was an easy winner at Cheltenham on New Years’ Day and then defied a 5lbs rise in the weights to win the valuable Ultima Chase at the Festival. He is 11lbs higher than well pulled up in this race a year ago. This race has been the target all season for Alan King’s Dingo Dollar. He finished a creditable third in the Ladbrokes Trophy in December and was beaten nine lengths by Chidswell in the Grimthorpe Chase at Doncaster last time. He is 8lbs better off with the winner who is an improving ten-year-old trained by Nicky Richards. Both horses are stepping up in distance but have shown every indication that they should stay.

Irish raider Crosshue Boy won at the corresponding meeting when beating Dingo Dollar by a length. The runner-up is 6lbs better off but Crosshue Boy is another horse that looks to have been brought along steadily with this race in mind.

Lucinda Russell was delighted with the performance of stable star One For Arthur at Aintree last week. She has high hopes for Big River in this race, six and a half lengths fourth to Beware The Bear at Cheltenham. He was doing all his best work in the closing stages and looks certain to relish the extra distance at Ayr.

Cloth Cap is the dark horse of the race, the winner of two of his three races over fences. He won with plenty in hand at Catterick last time but now takes a big step up in class. Harry Skelton rides Crosspark who just got the better of Mysteree in the Eider Chase at Newcastle. He is up 7lbs for that success and is trained by Caroline Bailey.

Red Infantry went close in the London Gold Cup at Sandown in December when second to Morney Wing. He was a fair fifth at Haydock next time but unseated his rider when under pressure four out in the Grand National Trial. Blue Flight has won three times for Nigel Twiston-Davies this season and was a good second to Some Chaos at Kelso last time. He has risen sharply in the handicap and this could be a difficult task for a six-year-old.

Impulsive Star would have a chance if recapturing his best form. He won the valuable Classic Chase at Warwick in January but was pulled up in the National Hunt Chase at Cheltenham. Only four of the 18 runners completed the course that day and this faster ground will be in his favour. 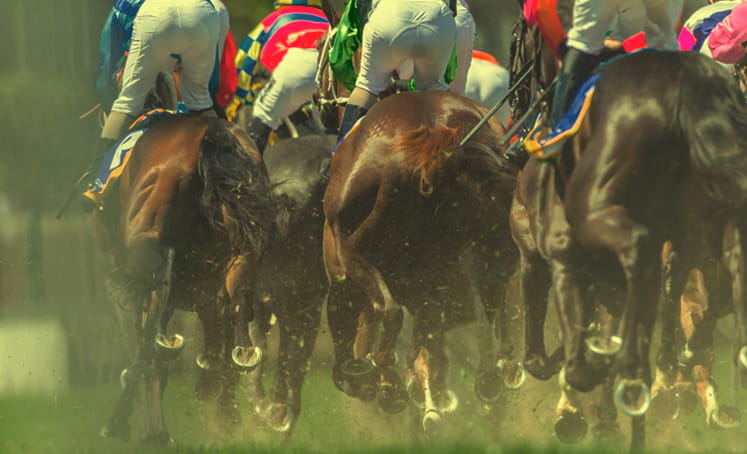 The Scottish Grand National is due off at 3.35 at Ayr on Saturday and will be televised live on ITV.