The Scottish Grand National at Ayr on Saturday is supported by a strong card including the Scottish Champion Hurdle at 2.55.

Chesterfield won the race last year for Seamus Mullins and returns to Ayr this weekend. The eight-year-old ran an eye-catching race at the Cheltenham Festival when fourth in the County Hurdle. That is one of the most competitive two-mile races of the season. Chesterfield was rated 143 when beating Zubayr by a short-head last season. He races off a 2lbs lower mark on Saturday and looks a worthy favourite.

Nicky Henderson’s only victory in the Scottish Champion Hurdle came with River Ceiriog back in 1986. He holds a strong entry this year with Claimantakinforgan, Verdana Blue, Charlie Parcs and Whatswrongwithyou. Verdana Blue has not raced since finishing down the field in the valuable Betfair Hurdle in February. The mare probably found the soft ground against her that day and is better judged on her win at Ascot in November. She races off a 9lbs higher mark this weekend.

Whatswrongwithyou started favourite for the Imperial Cup at Sandown in March but had to settle for third behind Mr Antolini. The seven-year-old had been impressive on his previous start in a novices’ race at Newbury.

Beyond The Clouds seeks five-timer

The most progressive horse in the field is Beyond The Clouds, trained by Kevin Ryan. He has won his last four races, most recently beating Simply The Betts at Musselburgh. He had the odds-on Claimantakinforgan nearly two lengths back in third and is set to meet that rival on 5lbs better terms.

Flying Tiger finished well beaten in the County Hurdle for Nick Williams. That was only his second run of the season and he won the Fred Winter Hurdle at Cheltenham in 2017. Punters clearly expected a better run at Cheltenham as he started 6-1 favourite that day.

Top weight Ch’Tibello won this race in 2016 for Dan Skelton when rated 135. He has run well in defeat this season, notably when second to Elgin at Wincanton in February. He was never a factor in the Champion Hurdle last time but this is more his grade.

Flashing Glance beat Cyrius Moriviere at Ludlow last month following a break after wind surgery. The son of Passing Glance is up 6lbs. Alan King saddles The Unit who reverts to hurdles after a spell over fences. The seven-year-old often travels well but does not find a great deal off the bridle. Irish Roe has not raced since being pulled up in the Betfair Hurdle in February.

He would have a chance on his victory over Mohaayed at Doncaster in December but is now 12lbs higher. A Hare Breath overcame a lengthy absence to win at Sandown in December and was a respectable eighth in the County Hurdle. He has been dropped 3lbs by the handicapper but the claims of Chesterfield are preferred. 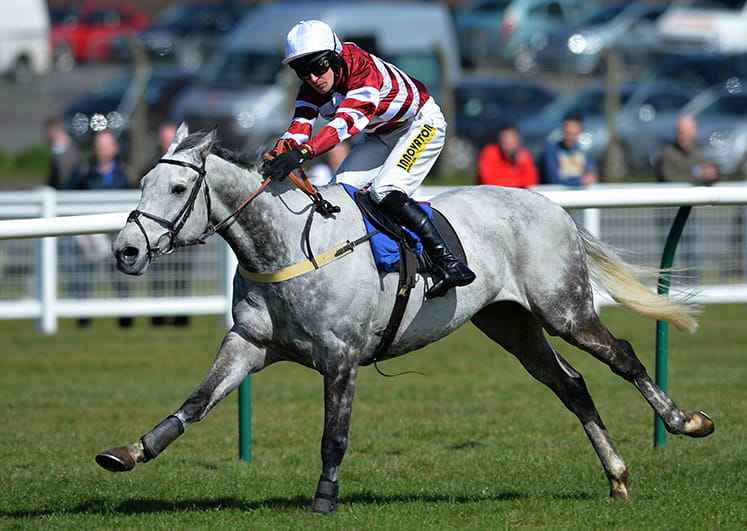 The Scottish Champion Hurdle is due off at 2.55 on Saturday 21st April and will be televised live on ITV.