A high quality supporting card on Scottish Grand National day at Ayr on Saturday includes the £105,000 Scottish Champion Hurdle. This used to be a level weights all-aged contest and was won by Cheltenham Champion hurdlers including Sea Pigeon (1977, 1978), Granville Again (1992) and Alderbrook (1996).

The race fell out of favour in the nineties but has enjoyed a resurgence since being changed to a limited handicap. It now attracts a larger field and good quality handicappers such as recent winners Raya Star (2012) and Ch’Tibello (2016).

Harry Skelton trained Ch’Tibello to win the County Hurdle at the Cheltenham Festival last month. He is now seeking another major handicap with Nube Negra, a five-year-old gelding with two wins from eight races. He caught the eye when finishing a close third to Zanza at Newbury last time out and has attracted plenty of support in the Ayr betting this week.

Nicky Henderson could run three horses with Brain Power, Verdana Blue and Mister Fisher. Connor Brace takes a useful 7lbs off Verdana Blue who upset stable companion Buveur D’Air at Kempton in the Christmas Hurdle. The ground was too soft for her at the festival when finishing a remote fifth in the Champion Hurdle.

Mister Fisher was slightly disappointing when only eighth in the Supreme Novices’ Hurdle last time. The form of his previous win over Bright Forecast at Newbury has worked out well and it would be no surprise to see an improved effort on Saturday. Brain Power was never travelling at Cheltenham and was pulled up a long way from home.

Paul Nicholls could rely on Malaya, the winner of the Imperial Cup at Sandown last month. The mare was always in control that day, despite a bad blunder at the second last. A 6lbs rise in the weights does not look too sever but the ground may be drying out a little too much for her liking.

Redicean won a couple of races on the all-weather for Alan King this winter and now returns to hurdling. He was well behind Verdana Blue at Wincanton in November but is over a stone better off with that rival. Stable companion Dino Velvet has won handicaps at Market Rasen and Stratford and is up 5lbs for his latest victory.

Leoncavallo raced too keenly after a lengthy absence when finishing in midfield in the County Hurdle. He was third in the valuable Galway Hurdle in August behind Sharjah and is only 4lbs higher in the weights. Benny’s Bridge was seventh in the Imperial Cup but the race was not run to suit him. He likes to come from well off the pace and has since had a confidence boosting win in a novice hurdle at Market Rasen.

Vision Des Flos beat If The Cap Fits at Fontwell in February. That form would give him every chance here but a below par effort followed at Cheltenham in the Coral Cup. The trip was probably beyond him that day and he does have a touch of class. Pearl of the West beat Redicean at Cheltenham in October and returned to action with a good run at Dundalk recently. He has probably been waiting for the better ground and remains on a handy mark. 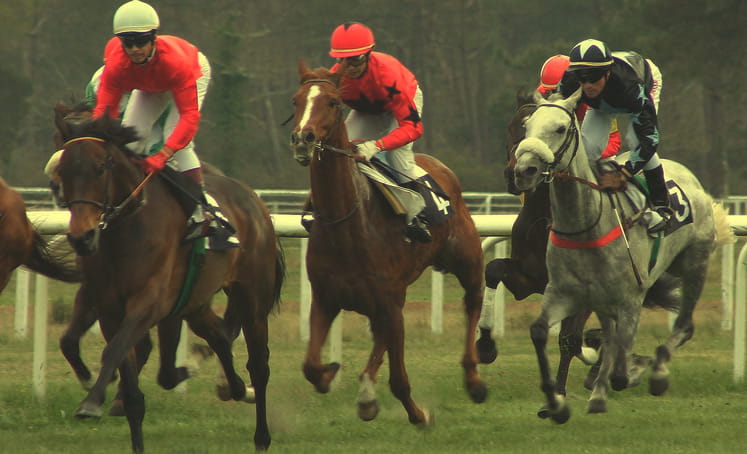 The Scottish Champion Hurdle is due off at 2.25 at Ayr on Saturday 13th April and will be televised live on ITV.