Scotland in a must-win situation

Scotland are in a very difficult situation, 4 points behind the third place-holders which gives them a chance of participating in the play-offs; they have to win in their last two matches and hope that The Republic of Ireland lose against Germany and Poland. Scotland’s last match against Gibraltar will be an easy task, but the home game against Poland will be a tough one.

Poland’s qualification for Euro 2016 is endangered too; The Polish players lost to Germany in the last round and now are lying in second place just two points in front of the inspired Green Army. Bayern Munich striker Robert Lewandowski is the tournament’s top goal-scorer so far with 10 goals from 8 games. Poland’s manager Nawalka is hoping the striker will play at his usual level and help the team earn the three points.

Gordon Strachan’s lads lost two consecutive games, Georgia 0-1 and Germany 2 -3. That’s why their chances of qualifying are not the best; but if the Scots win against Poland things will turn around dramatically. The first match between these two teams finished with a 2-2 draw. Scotland will be sorry they missed the chance to take the three points, Poland equalized with 14 minutes before the final whistle.

Kevin McDonald of Wolverhampton Wanderers has been withdrawn from Scotland’s squad through injury. However, McDonald is not a key player; he didn’t play in a single match of this campaign.

Graham Dorrans of Norwich City has been called up to the squad. The midfielder plays regularly for his club Norwich and is now ready to grab his chance.

Jordan Rhodes who has been brilliant for Blackburn from the beginning of the season is called on again by Gordon Strachan. The striker has scored 7 goals from 8 games so far.

Gordon Greer, Brighton’s defender, has received another international call-up; his nice performance has helped his team, who are now lying first place in The Championship. 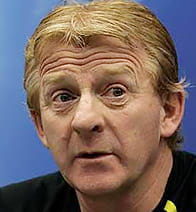 Gordon Strachan (Scotland) : “I will only pick players who are in red-hot form.” 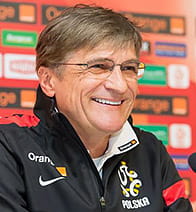