It is Future Champions’ Day at Newmarket on Saturday with three significant two-year-old races on the Cambridgeshire Handicap card. The first of them is the £125,000 Group 2 Royal Lodge Stakes for colts and geldings over a mile.

Notable past winners of this race include Derby winners Shirley Heights (1977) and Benny The Dip (1996), 2000 Guineas winner Mister Baileys (1993) and the mighty Frankel (2010). Aidan O’Brien won the race for the sixth time last season with Mohawk, ridden by his son Donnacha. 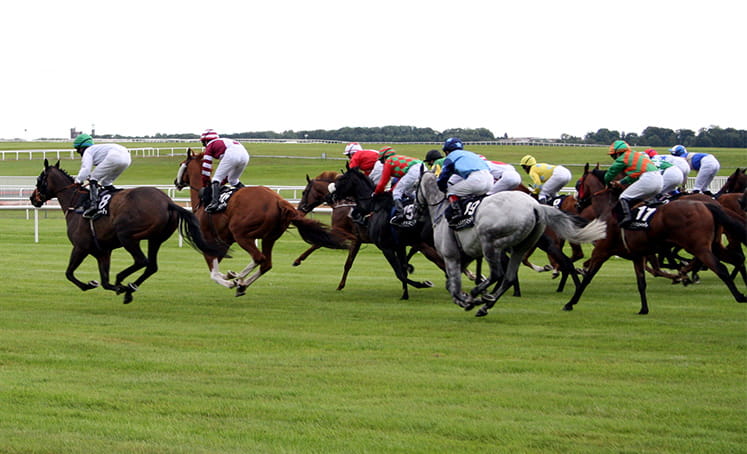 Andrew Balding won this race in 2014 with Elm Park who would go on to become a leading fancy for the Epsom Derby. He was unable to produce his best form in the Classic but the stable have another exciting prospect this year in Kameko.

He is a son of Kitten’s Joy out of a Rock Of Gibraltar mare and won nicely on his debut at Sandown. He returned to the same track to finish second to Positive in the Group 3 Solario Stakes over seven furlongs. He was only beaten a nose that day after losing his position when the pace quickened. The extra furlong should suit him.

Paul Cole won this with Reach (1984) and Berkshire (2013). He is represented by Highland Chief, a colt by Gleneagles out of a Montjeu mare. He won a Newbury maiden in the spring and did not reappear until the Chesham Stakes at Royal Ascot in June. He finished third to Pinatubo who is now hot favourite for next season’s 2000 Guineas. The other beaten horses in that race have not advertised the form but Highland Chief is entitled to improve.

Aidan O’Brien had a particularly strong entry for this race and runs Year Of The Tiger, Royal Dornoch and Iberia. Year Of The Tiger needs to bounce back from a poor run at Newmarket in the Superlative Stakes. He was well supported that day after winning a Naas maiden in good style on his third start.

Royal Dornoch has won only once in six starts, a victory in a maiden at Gowran Park over seven furlongs. He finished last of five behind Threat in the Group 2 Champagne Stakes next time. His best effort came at Goodwood last month when third to Golden Horde in the Richmond Stakes.

Pyledriver has won at Salisbury and Haydock but was only fourth in a Listed race at Newbury in between. Sound Of Cannons is a son of Nathaniel trained by Brian Meehan. He won narrowly on his debut at Newmarket before chasing home Pyledriver in soft ground at Haydock. Surf Dancer made his racecourse debut in a hot Ascot maiden won by Mums Tipple. He comfortably landed the odds at Leicester next time before following up in a conditions race on the all-weather at Chelmsford. Trainer William Haggas has elected to step him up in grade and distance after that victory.

The Royal Lodge Stakes is due off at 1.50 at Newmarket on Saturday 28th September and will be televised live on ITV4.