Royal Ascot is biggest festival of the flat racing season in the UK with nineteen Group races and over £7million in prize money. The meeting regularly attracts top International horses to compete with the best that the UK and Ireland has to offer. This year is no exception with leading contenders from America, France and Australia.

The action gets under way with the Group 1 Queen Anne Stakes, one of three top level races on the opening day. Aidan O’Brien’s Rhododendron only held Lightning Spear by a short-head in the Lockinge Stakes at Newbury last month. The horses were racing quite far apart when launching their challenge and it was Rhododendron who pulled out a bit extra. I expect her to confirm the form but Lightning Spear should reward each-way support.

Battaash clashes with American speedster Lady Aurelia in The King’s Stand Stakes. Things did not really go to plan for Battaash at Haydock last time, missing the break before scrambling home ahead of Washington DC and Kachy. He was conceding weight to those rivals so should confirm his supremacy. Washington DC does not win very often but looks over-priced at 20-1 following that fine effort.

The final Group 1 race on Tuesday is the St James’s Palace Stakes. This features an intriguing clash between Irish 2000 Guineas winner Romanised and English 2000 Guineas runner-up Tip Two Win. Both horses posted career-best efforts and still have something to prove. It may be worth opposing both with Wootton, a high-class colt owned by Godolphin. He pulled too hard in the French Guineas, making rapid headway through the field before fading inside the final furlong. If he makes the trip over from France, he looks an excellent each-way bet.

The highlight on day 2 is the Group 1 Prince of Wales’s Stakes. Cracksman has been given superstar status following last season’s seven lengths win in the Champion Stakes. In the circumstances, his scrambling victory over Salouen in the Coronation Cup at Epsom proved something of a disappointment.

It later emerged that he had hit his head on the stalls and that, combined with his failure to handle the track, explains his below-par effort. Doubts remain and he can be backed at around even money as a result. Poet’s Word has a lot to do on Champion Stakes form and didn’t set the world alight in the Brigadier Gerard Stakes. Lancaster Bomber won on his first attempt at ten furlongs and is likely to be supplemented by Aidan O’Brien. He could attempt to make all the running but Cracksman should prove too strong.

The Jersey Stakes is the final race on Wednesday and could see Sir Michael Stoute secure a landmark 76th Royal Ascot victory. He is currently joint-leader in the all-time standings with the late Sir Henry Cecil and is expected to saddle 2000 Guineas flop Expert Eye. The colt has been racing far too keenly over a mile and the drop back to seven furlongs could be the making of him.

Aidan O’Brien will be hoping for a record eighth victory in the race with Order of St George. The winner in 2016, he was a well-backed favourite 12 months’ ago but was denied by Big Orange in a thrilling finish. His old rival is on the side-lines through injury this year and his biggest danger could be Stradivarius. He won the Goodwood Cup last year and looked better than ever when winning the Yorkshire Cup last month. 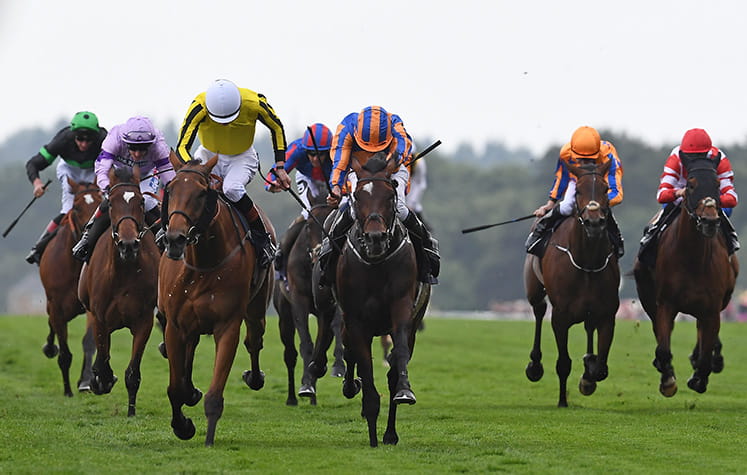 The Coronation Stakes on Friday features the shock 66-1 English 1000 Guineas winner Billesdon Brook. Richard Hannon has elected to supplement the filly following her victory over Laurens and Happily at Newmarket. I prefer the Irish 1000 Guineas form, won by Alpha Centauri for Jessica Harrington. The filly was all at sea in heavy ground on her seasonal reappearance but left that form well behind at the Curragh.

The Group 1 Diamond Jubilee Stakes over six furlongs is the main event on Saturday. This race is building up to be a cracker with strongly fancied runners from England, Ireland and Australia. Redkirk Warrior is the Australian representative, a seven-year-old gelding by Notnowcato. He is chasing a hat-trick of Grade 1 victories after back-to-back victories at Flemington. Harry Angel won the July Cup last year for Clive Cox and Adam Kirby. He then beat Tasleet by four lengths in heavy ground to win the Haydock Sprint Cup. He could not reproduce that form at Ascot in October but bounced back with a win at York last month. Merchant Navy was only a neck behind Redkirk Warrior at Flemington in March and has since joined Aidan O’Brien in Ireland. He was an impressive winner at the Curragh on good to firm ground and is very highly rated.