Can The Green Army take something from The World Champions?

Republic of Ireland are lying third in the standings of Group D with 15 points in the bag, two behind Poland and four behind group leaders Germany. If the Irish players lose their last two games against Germany and Poland they may be out of The European Championship because at the moment Scotland are just 4 points behind The Boys in Green. The Scots will have to play against Gibraltar which means 3 sure points for Scotland.

Germany have won five consecutive games in Group D but their participation in Euro 2016 is still not assured; so the Germans will be motivated to win the three points ensuring first place in the standings.

The last match between these two teams ended with a 1-1 draw. Germany went in front with Tony Kroos’ goal in the 71st minute but John O’Shea’s late equalizer earned a point for The Green Army. Martin O’Neill hopes his players can repeat the performance they showed in Gelsenkirchen.

Martin O’Neill has a reduced squad down from 40 to 27 before the crucial matches against Germany and Poland.

Stephen Quinn (knee), Harry Arter (groin) and Ciaran Clark (quad) – have been ruled out because of injury.

Marc Wilson will remain at Stoke City for treatment on a calf injury which will be reviewed by the Ireland medical staff early in the week.

The squad assembled in Dublin on Sunday evening and trained on Monday at the FAI’s National Training Centre on the National Sports Campus in Abbots-town.

Martin O’Neill (Rep. of Ireland) : “I wish Jack Grealish all the best with his England career.” 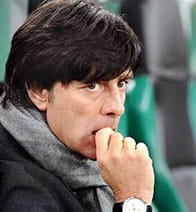 Joachim Löw (Germany) : “We want to take qualification seriously and stay concentrated until the end.”