The feature race at Doncaster on Saturday is the Group 1 Racing Post Trophy for two-year-olds over a mile.

The race was formerly known as the Futurity Stakes and is the last major Classic trial of the flat racing season. The late Sir Henry Cecil won the race ten times, notably with subsequent Derby winner Reference Point in 1986. Aidan O’Brien has seven victories to his credit including High Chaparral (2001), Brian Boru (2002) and Camelot (2011). The race carries extra significance for O’Brien as he bids to become the first trainer in history to be successful in 26 Group One races in a single season.

Bookmakers installed Saxon Warrior as the 2-1 market leader for Ballydoyle. He is a colt by Deep Impact out of Maybe by Galileo and is unbeaten in two starts.

Saxon Warrior made his debut at the Curragh when storming up the outside to beat Meagher’s Flag by three and a quarter lengths. He started odds-on favourite for the Group 2 Beresford Stakes at Naas last month. He kept on strongly to beat stable companion Delano Roosevelt by two and a half lengths. There was plenty of cut in the ground on both occasions and the forecast is currently good for Doncaster this weekend.

The Pentagon is prominent in the ante-post betting for the 2018 Epsom Derby. He is by Galileo out of a mare by Unfuwain so is certainly bred for middle-distance races. He won a maiden at the Curragh by eight and a half lengths in July after taking up the running early in the race. Punters made him a near-certainty for the Group 3 Tyros Stakes at Leopardstown later that month. He took a while to hit top gear but eventually beat Theobold by a length and three-quarters.

O’Brien was responsible for the first four home in the Group 1 Dewhurst Stakes at Newmarket. US Navy Flag beat Mendelssohn, Seahenge and Threeandfourpence. Seahenge got involved in some scrimmaging in the Dewhurst and did not really get going until it was too late. He had looked a worthy winner of the Champagne Stakes here over seven furlongs when beating Hey Gaman by a neck. Coat Of Arms needs to step up considerably on his third in a Newmarket maiden last month.

Supplementary entries for Group 1 races are usually worth noting and Loxley will represent Godolphin on Saturday. Connections paid £17,500 to supplement the colt who recently dead-heated with Istanbul Sultan at Goodwood.

John Gosden relies on Roaring Lion to round off another fantastic year for the stable. The son of Kitten’s Joy races in the colours of Qatar Racing, owners of Elm Park. He made it three out of three when beating Nelson by a neck I the Group 2 Royal Lodge Stakes at Newmarket. 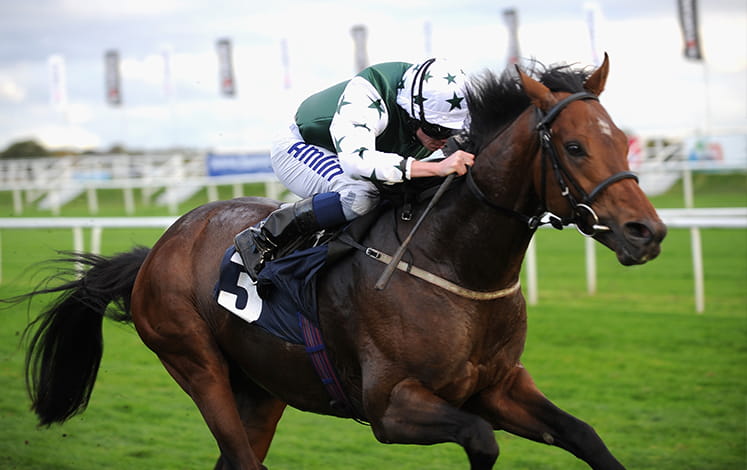 Jim Bolger is bidding for his first victory in the Racing Post Trophy with Verbal Dexterity. The impressive Curragh winner was a late withdrawal from the Dewhurst Stakes at Newmarket. The son of Vocalised beat Beckford comfortably in the Group 1 National Stakes last time out over seven furlongs. He was briefly headed that day before battling back to score decisively. He already looks to be crying out for a mile and is very highly regarded by connections.

Martyn Meade’s Chilean will have plenty of supporters as he attempts to provide jockey Andrea Atzeni with a fifth consecutive win in the race. His remarkable sequence began with Kingston Hill in 2013. He followed up on Elm Park before Marcel completed the hat-trick in 2015. Last year he rode the William Haggas-trained Rivet to beat Yucatan and Salouen.

The Racing Post Trophy is due off at 3.25 on Saturday 28th October and will be televised live on ITV4.