The feature race at Doncaster on Saturday is the £200,000 Group 1 Racing Post Trophy for two-year-olds over a mile.

The Racing Post Trophy is one of the top two-year-old races of the season and has produced numerous Classic winners. Subsequent Derby winners include Reference Point (1986), High Chaparral (2001), Motivator (2004), Authorized (2006) and Camelot (2011). The latter also won the 2000 Guineas for Aidan O’Brien and came close to completing the Triple Crown when finishing second in the St Leger.

Other notable winners of the race include Celtic Swing (1994), Brian Boru (2002), St Nicholas Abbey (2009) and Kingston Hill (2013). O’Brien is chasing his eighth win in the Racing Post Trophy and has three runners this year with Yucatan dominating the betting market.

Capri was initially installed favourite on the strength of his workmanlike three-quarters of a length victory over his stable companion at the Curragh last month. Strong support for Yucatan on Wednesday saw Capri displaced as favourite and eased out to 3-1. It did not come as a major surprise when the Beresford Stakes winner did not appear among the final declarations on Thursday.

The going was heavy at the Curragh and Yucatan saw out the mile well. He is by Galileo out of Six Perfections by Celtic Swing and he finished only seventh on his debut in August. He then narrowly defeated Taj Mahal on his second start at the Curragh prior to his run behind Capri. The midweek gamble suggests that he has been impressive in his recent work and O’Brien confirmed that he has taken another step forward since the Curragh defeat.

He is joined by stable companions Finn McCool and The Anvil. The former got off the mark at the fourth attempt when beating Harbour Beacon by half a length at Navan. The Anvil was beaten the same distance by Best Of Days in the Group 2 Royal Lodge Stakes at Ascot but was slightly disappointing when only third in a Group 3 next time.

Atzeni aboard Rivet at Doncaster

Andrea Atzeni rides Rivet for William Haggas, a colt by Fastnet Rock out of Starship by Galileo. He won the valuable Convivial Maiden Stakes at York by three and a quarter lengths from Contrapposto before winning the Group 2 Champagne Stakes at Doncaster.

He was all out to beat Thunder Snow by a head but he finished behind that rival at Newmarket next time. That came in the Group 1 Dewhurst Stakes where he was three and a half lengths fifth to Churchill. The form of that race remains open to question with 66-1 shot Lancaster Bomber holding on to second place.

Champion jockey Jim Crowley rides Sir Dancealot for David Elsworth, a winner at Kempton and York this season. He finished a close third to Larchmont Lad at Newmarket in September but bounced back to win a Listed race over six furlongs at York. His ability to stay the mile has to be taken on trust.

Godolphin will be represented by Bay Of Poets, a colt by Lope De Vega out of Bristol Bay by Montjeu. He won nicely at Kempton on his second start but faded tamely when last of eight to Best Of Days in the Royal Lodge Stakes. Contrapposto won his maiden in good style at Nottingham but looks held by Rivet on York form. 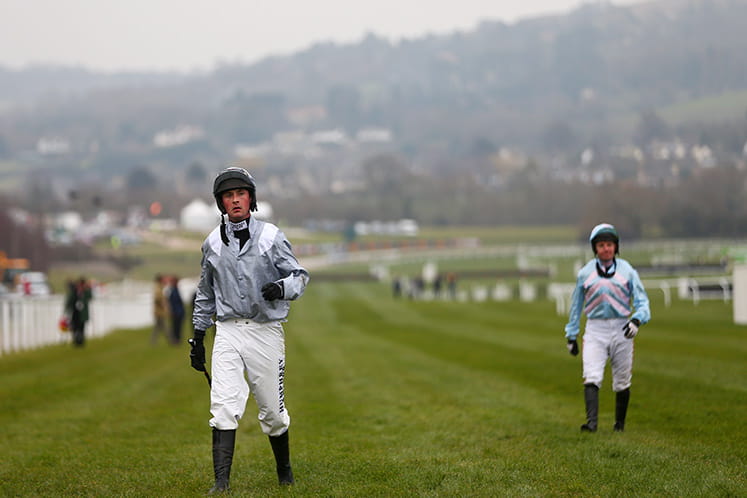 Salouen could represent the best each-way value in the race for Sylvester Kirk. He will be having his ninth start of the season after chasing home National Defence in a Group 1 in France. He had previously won a Novice Stakes at Salisbury after staying on into second in the Group 3 Solario Stakes. He gets a mile well and the only concern is that the race may come too soon after Chantilly. He earned a tilt at the Racing Post Trophy when winning a Group 3 at Chantilly over an extended mile earlier this month.

Jimmy Fortune rides Raheen House for Brian Meehan, a colt by Sea The Stars out of Jumooh by Monsun. He caught the eye when second to Genetics at Newbury in August before being edged out by Temple Church at the same course the following month. He was driven out to get off the mark in a York maiden earlier this month but this is a big step up in class. The same applies to Brutal who travels over from Ireland after winning a Leopardstown maiden on his fourth start for Ger Lyons.

The race is due off at 3.50 at Doncaster on Saturday 22nd October and will be screened live on Channel 4.