The highlight of the second day of the Cheltenham Festival on Wednesday is the Queen Mother Champion Chase over two miles.

It is the championship race for the fastest chasers in National Hunt racing and has been won by many famous names over the years. Michael Dickinson’s Badsworth Boy remains the only horse to win the race three times between 1983 and 1985. Viking Flagship (1994 and 1995), Moscow Flyer (2003 and 2005) and Master Minded (2008 and 2009) are among the horses that have won the Champion Chase twice.

Other popular winners include One Man (1998) and Sire de Grugy (2014) while the recently-retired 2013 winner, Sprinter Sacre, came back from a serious health condition to reclaim his title last year.

Douvan the Banker Bet of the Week at Cheltenham

This year’s race features Douvan who is regarded by many pundits as the banker of the Cheltenham Festival.

The seven-year-old gelding has won fourteen of his fifteen races and is unbeaten in nine over fences. He won the Supreme Novices’ Hurdle here in 2015 and followed up at Punchestown before being switched to the larger obstacles. He won three chases in effortless fashion before beating Sizing John by seven lengths in the Arkle Trophy. He was not expected to win at the Punchestown and Aintree festivals and it has been a similar story this season.

Trainer, Willie Mullins, has described Douvan as possibly the best horse that he has ever trained. He looks head and shoulders above his rivals in the Champion Chase and very few will be willing to oppose him.

His biggest danger may be Fox Norton who represents Colin Tizzard, responsible leading Gold Cup hopes Cue Card and Native River. Fox Norton joined Tizzard from Neil Mulholland in November and was a clear-cut winner over Simply Ned at Cheltenham on his first start for the yard. He was no match for the brilliant novice Altior last time out at Newbury but that horse is long odds-on for the Arkle Trophy.

Special Tiara made hard work of beating Sir Valentino when conditions were in his favour at Kempton. He weakened rapidly in the Clarence House Chase last time but he usually goes well at Cheltenham and the drying ground will help him to get up the hill. 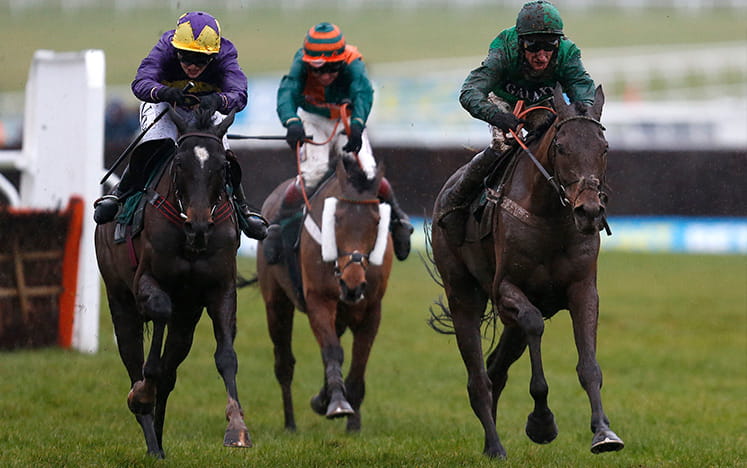 God’s Own is tough and consistent and has just over a length to make up on Un De Sceaux from Sandown. A mistake at the second fence left him with a fair bit to do that day and he often picks up place money in these top grade races. He is also three times a Grade 1 winner himself, most recently when beating the ill-fated Vautour at Punchestown last April.

Richard Johnson rides Garde La Victoire, beaten a short-head by Sir Valentino at Exeter in November. He returned to winning ways when beating Bold Henry in a Sandown handicap in January. Simply Ned looks well held by both Douvan and Fox Norton on the evidence of his performances at Cheltenham and Leopardstown.

*Special price for new customers only, terms and conditions apply

The Queen Mother Champion Chase is due off at 3.30 on Wednesday 15th March and will be televised live on ITV.