The 3.15 race at Ascot on Champions’ Day on Saturday is the £1.1million Group 1 Queen Elizabeth II Stakes over a mile. It is one of the most prestigious all-aged mile races in Europe and has been won by many famous names of the turf. Brigadier Gerard (1971 and 1972) and Rose Bowl (1975 and 1976) are the only horses to have won the race twice. Other notable winners include Zilzal (1989), Dubai Millennium (1999), George Washington (2006) and Frankel (2011). Last year’s race was won by Persuasive who defeated Ribchester and Churchill in a top class renewal.

John Gosden has an embarrassment of riches for Champions’ Day this year with Cracksman, Roaring Lion, Stradivarius and Lah Ti Dar all strongly fancied. Roaring Lion has established himself as the top three-year-old over ten furlongs but the soft ground means that he will revert to a mile on Saturday. Gosden had the option of running the grey in the Champion Stakes where he would have clashed with stable companion Cracksman.

Roaring Lion last ran over a mile when finishing fifth in the 2000 Guineas at Newmarket in May. He has won all four starts over ten furlongs on good to firm ground, displaying an impressive turn of foot on each occasion. His only defeat since the Guineas was when not quite lasting home in the Epsom Derby over a mile and a half. He has won and been placed on good to soft ground but this is the first time he has raced on such testing ground.

Laurens will also have plenty of supporters after a typically gutsy win in the Group 1 Sun Chariot Stakes at Newmarket earlier this month. Karl Burke’s filly held Happily by a head to follow up her victory in the Matron Stakes at Leopardstown. She is very difficult to pass but connections will be hoping that the going is not too testing.

Recoletos was all out to beat Wind Chimes at Longchamp and the runner-up has since been beaten at Newmarket. The four-year-old had previously finished second to Alpha Centauri in the Group 1 Prix Jacques le Marois at Deauville in August. Recoletos was fourth in the Champion Stakes last year but has proved much more effective over a mile and goes well with cut in the ground.

Another horse who will relish the prevailing ground is David O’Meara’s Lord Glitters. He showed that he had Group 1 potential when cutting through a large field to win the valuable Balmoral Handicap at the corresponding meeting last year. He was runner-up under a big weight in the Lincoln and gained Group 3 success when beating Mustashry at York in August. He was not suited by the fast ground in the Woodbine Mile but must be respected on his favoured surface.

Beat The Bank beat Lord Glitters by a neck at Ascot in July on good to firm ground. Andrew Balding’s four-year-old won the Group 2 Celebration Mile at Goodwood last time but was disappointing in this race last season. Lincoln winner Addeybb has not been seen since finishing eighth to Rhododendron in the Lockinge Stakes at Newbury in May. This looks a tough assignment on his comeback and he is 8lbs worse off with Lord Glitters than at Doncaster.

Happily looked to be on her way back to top form at Newmarket last time and has winning form in the soft. Shock Irish 2000 Guineas winner Romanised has been well beaten in both races since and tries to redeem his reputation. Lightning Spear won the Sussex Stakes in August but was only fifth behind Recoletos in France next time. 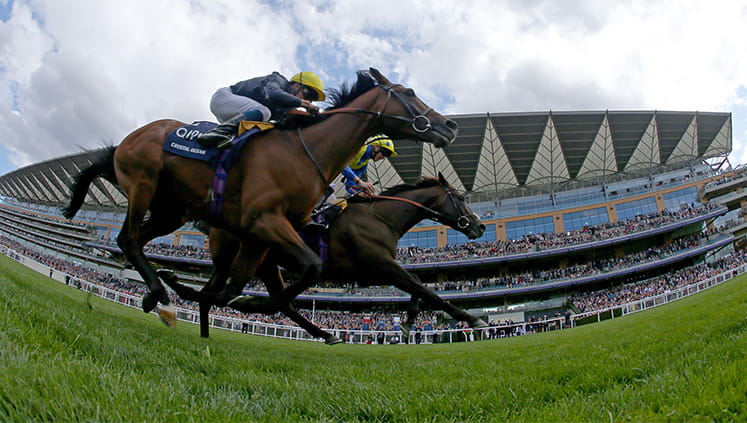 The Queen Elizabeth II Stakes is due off at 3.15 at Ascot on Saturday 20th October and will be televised live on ITV.