The 2.25 race on the final day of Glorious Goodwood on Saturday is the £100,000 Qatar Summer Handicap over a mile and three-quarters. This competitive event is on the supporting card for the Stewards’ Cup on an extremely taxing day for punters.

The weights are headed by Mark Johnston’s Time To Study, the mount of Gerald Mosse. He is one of five runners from the stable and has run creditably in Group 3 and Listed class this season. He finished sixth in the Northumberland Plate at Newcastle and may be in the grip of the handicapper at present. Joe Fanning rides the prolific winner Watersmeet, fourth at Newcastle and usually at his best on the all-weather surfaces.

Charlie Appleby’s Walton Street is the ante-post favourite following his third behind Dash Of Spice in the Duke of Edinburgh Stakes. That was his first run for 120 days and the son of Cape Cross could still be improving. He was having only the seventh race of his career at Royal Ascot and will be partnered by William Buick.

Pacify races in the colours of the Prince of Wales and Duchess of Cornwall and won comfortably at York last month. That was only his second win on turf in 19 races and earned him a 5lbs rise in the weights. Pacify is yet to race beyond a mile and a half and will be partnered by Harry Bentley.

Sir Michael Stoute saddles the hat-trick seeking Melting Dew, a four-year-old colt by Cacique. He is a typically late maturing Stoute handicapper who put up his best performance at Sandown last time. He beat Alfarris by a neck off a rating of 93 despite having to be bustled along throughout. His form received a boost when Alfarris won a valuable handicap here on Tuesday and he races off only a 2lbs higher mark.

Platitude used to be with Stoute before being transferred to Amanda Perrett’s Sussex yard in May. He won over course and distance on his first run for the yard before finishing second over two miles at Sandown. His improvement may have been partly due to a wind operation in September. He also won over course and distance in 2016 when winning the Listed March Stakes by five lengths.

Robert Winston rides Sir Chauvelin for Jim Goldie, yet another horse who ran well in the Plate at Newcastle. He finished third, six lengths behind Withhold over that extended two mile journey.

He had previously finished narrowly ahead of Walton Street in second place over a mile and a half at Royal Ascot. Sir Chauvelin has been kept busy with two races since and makes the long trek down to Sussex from Scotland.

The dark horse of the race is Nabunga, trained in France by Gianluca Bietolini. He won in good to soft ground at Deauville last month and may prefer a little more cut in the ground than he is likely to get on Saturday. 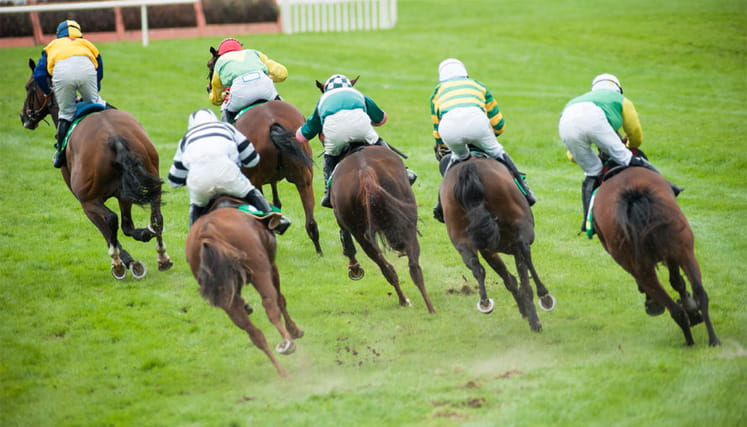 The Qatar Summer Handicap is due off at 2.25 on Saturday 4th August and will be televised live on ITV.