Sunday’s Prix de l’Arc de Triomphe is Europe’s most prestigious race with £5 million in prize money. It attracts the best middle distances in Europe and has also featured leading contenders from Japan and Hong Kong. It is being staged at Chantilly for the second consecutive season while Longchamp is being upgraded.

No horse has won the Arc on three occasions, Treve becoming the seventh to win it twice when successful in 2013 and 2014. Andre Fabre is the leading trainer in the history of the race with seven wins, the most recent being Rail Link in 2006. Frankie Dettori has ridden the winner four times and would become the winning-most jockey in the Arc if successful on Sunday. Aidan O’Brien saddled the first three last year when Found defeated Highland Reel and Order Of St George. Other notable winners include Sea Bird (1965), Mill Reef (1971), Alleged (1977 and 1978), Dancing Brave (1986), Lammtarra (1995) and Sea The Stars (2009).

The clear favourite this year is John Gosden’s Enable, the winner of the English and Irish Oaks. The daughter of Nathaniel has proved herself to be much the best of her sex in the current generation. She underlined the fact when slamming Ribblesdale Stakes winner Coronet by five lengths in the Yorkshire Oaks.

On her previous start she had taken on her elders and beaten Ulysses by four and a half lengths at Ascot. Enable can take a strong hold in her races and Dettori will be keen to settle her just behind the leaders early on.

Ulysses has enjoyed a fantastic season for Sir Michael Stoute. He did not quite fulfil his potential as a three-year-old but has looked much stronger this season. He won the Eclipse Stakes at Sandown in July and was a most impressive winner of the York International last time. Jim Crowley held on to him as long as possible before driving him out to beat Churchill by two lengths.

Order Of St George surprised many with his fine run in last season’s Arc. His win in the Ascot Gold Cup established him as a leading stayer but he finished third here over a mile shorter. He was narrowly beaten by Big Orange at Ascot this summer and has won twice since at the Curragh. He won by nine lengths last time in soft ground and further rain would bring his stamina into play.

O’Brien also runs Winter, the winner of the English and Irish 1000 Guineas. The grey proved herself the pick of the fillies over a mile when taking the Coronation Stakes at Royal Ascot. She then stepped up to ten furlongs to win in soft ground in the Nassau Stakes at Goodwood. Winter suffered a shock defeat by stable companion Hydrangea at Leopardstown earlier this month. She is yet to race beyond ten furlongs.

St Leger winners have a poor record in the Arc so Capri faces a difficult task. This race comes only two weeks after the stamina-sapping Doncaster Classic. Idaho was third to Enable at Ascot but ran well below that form when sixth at Saratoga in August. O’Brien’s quintet is completed by outsider Seventh Heaven.

Germany is represented by Dschingis Secret and Iquitos. Dschingis Secret is a four-year-old colt by Soldier Hollow. He has won five of his ten races, most recently beating Cloth Of Stars by a length and a half in the Prix Foy. There were only six runners in that race and he won decisively. He won a Group 1 on his previous start, beating Godolphin’s Hawkbill by a length. Iquitos has over three lengths to make up on his compatriot from their earlier meeting in Hamburg.

French Derby winner Brametot has been virtually ignored in the betting after his poor run at Deauville in August. He won the French Guineas by a short head in May and again got the judge’s verdict in the Derby. His Highness The Aga Khan has an excellent record in the Arc and is represented by Zarak. He earned his place in the field by beating Silverware in the Grand Prix de Saint-cloud back in July. His connections have reservations about the track at Chantilly but the soft ground will be in his favour. 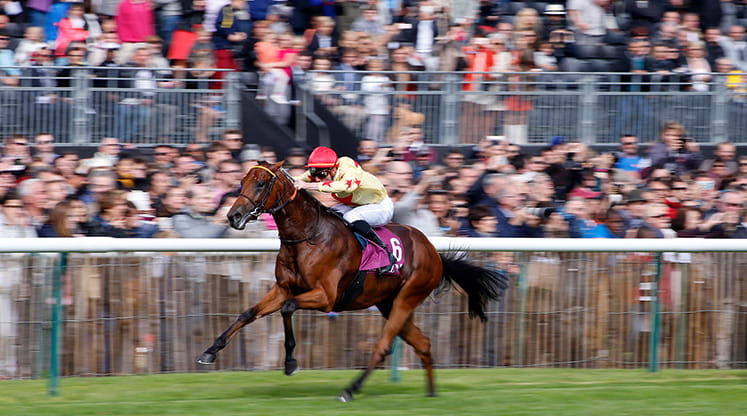 The Prix de l’Arc de Triomphe is due off at 3.05 on Sunday 1st October and will be televised live on ITV.